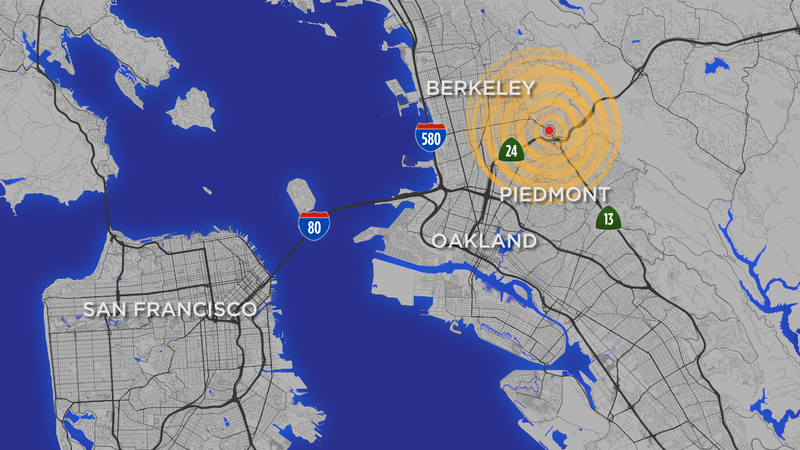 PIEDMONT, Calif. (KGO) -- The Bay Area got an early morning wake-up call this morning from an earthquake that hit at 4:42. The 3.4 earthquake was centered in Piedmont and was about 7 miles deep. People told us it was strong but quick.

The temblor originally had a 3.7 preliminary magnitude but was downgraded to a 3.4 magnitude.

"I felt a boom and shake and that was it. I got ready to move but it was so small nothing happened really," said Frank Dufay of Oakland.

"I was asleep and I felt it and I wasn't sure, you know how you aren't totally there yet- it was enough to wake me not enough to scare me," said Gregory Garrett of Oakland.

BART delayed its trains right after the quake hit so officials could check the tracks for damage but everything was fine. Grocery store managers were also worried about damage. The manager of Piedmont grocery immediately checked on his store.

"I live in Walnut Creek and woke up when it happened I felt the shaking out there. I called the store asking if anything fell down because I knew from an alert on my phone that it was centered in Piedmont. They said nothing fell down, all is well," said Wayne Davis.

Piedmont police said they had no reports of damage or injuries.