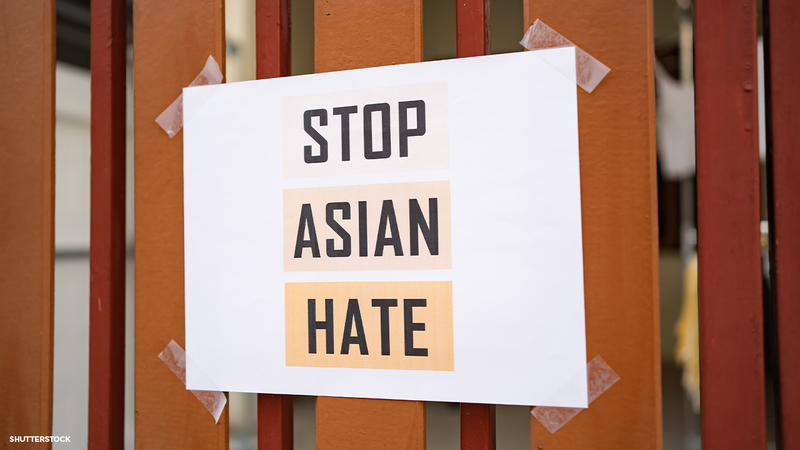 Asian Americans share powerful, painful memories of racism in US

SAN FRANCISCO (KGO) -- This is going to be uncomfortable and it could be shocking. But whatever feeling you get after reading this, just know it doesn't matter how successful you are as an Asian American, chances are you've been stereotyped and harassed.

Grande Lum is the provost of Menlo College and the author of American Peacemakers. He was a member of former President Obama's Justice Department. Katrina Lee graduated from U.C. Berkeley Law School, she's a former partner at a national law firm in San Francisco and currently a law professor. They both shared insight into daily issues and incidents with ABC7.

Have they ever heard people make "ching chong" sounds? The answer, undoubtedly, was yes.

Have they seen other kids pull the corner of their eyes to make "slanty eyes" at them? Not only was the answer yes, but Lum said it happened at his health club on the Peninsula recently, by an adult.

Has someone told them, incredulously, "Your English is so good!?" Yup. Lee added a question she hears often: "Where are you from?" Typically, that escalates to, "but where are you really from?"

These stories of harassment are just one layer of a deeper issue when it comes to how Asian Americans are treated in the United States. More than 3,700 anti-Asian hate crime incidents have been reported to the advocacy group Stop AAPI Hate since the pandemic began. Keep in mind, those are just the reported incidents.

Lee shared an incident that just happened on Wednesday. While walking down the street with her kids, she noticed a car pulling up to a stoplight and then the windows started to roll down.
"This isn't for air, they're rolling (the windows) down for a reason," Lee said. "I think to myself, 'here we go.' I try to act very calm in front of my kids."

In this Eyewitness News exclusive, CeFaan Kim tracks down the suspect whose racist rant inside a New York City cab went viral.

Lee couldn't say what the words were on television.

She decided not to make eye contact, knowing the light would turn green and it would be over. When the light turned green, she got her kids in the car and then thought, "My kids, they did what I did! They pretended like they didn't hear and they just kept moving on, just like I did."

Lee said she went from feeling terror to feeling pain and sadness that she is still trying to process.

"My kids know this routine," she said. "I share this with my kids now, the same routine: no eye contact, keep your head down, just do what you're doing and hope that it passes without any physical injury."

Was out & about w my daughters today. A luxury SUV stopped at a stoplight, windows rolled down, white males yelled racial taunts at us. We are so conditioned as a family. No eye contact. We just kept on w what we were doing as if we didn't hear & hoped they would move on 1/2

Kids remember these incidents for the rest of their lives, just like Lum, who recalled a story when he was a teenager in San Francisco.

His father was taking out the garbage when he was robbed by a man with a pistol.

"I'm not even sure at that age I knew how to react," Lum said.
The police later caught a suspect who did the same thing to another house in the neighborhood and Lum said his dad refused to testify out of concern for retribution.

"That's hard that Asian Americans are often targeted because of their reluctance, sometimes, to engage in the legal system," he said. "We know Asians, especially elderly Asians, have been targeted because sometimes they do carry a certain amount of cash."

That robbery happened on the same street that we saw the brutal attack on 84-year-old Vicha Ratanapakdee from Thailand earlier this year. Ratanapakdee died from his injuries. He was out for a walk.

ABC7 News anchor Kristen Sze acknowledged these conversations open up a lot of wounds for everyone, but when it's not confronted it continues to fester.