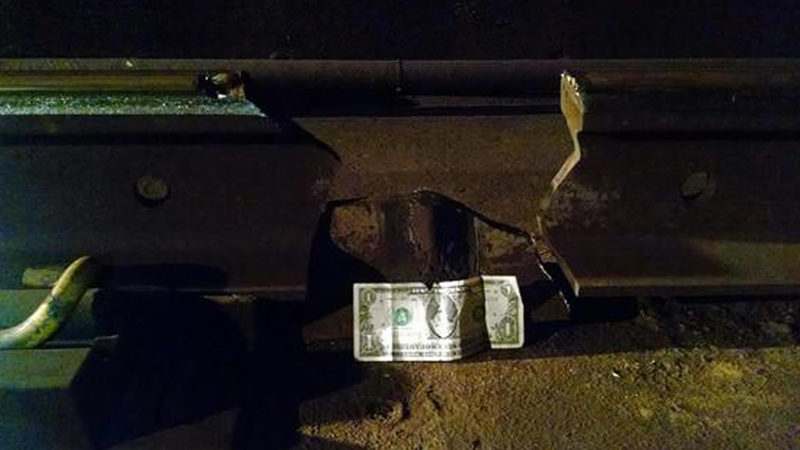 SAN FRANCISCO -- BART officials say they have repaired a broken BART rail in San Francisco and restored power to an East Bay station. All stations have reopened and trains are running.

Repairs were completed to the 10-inch break in a track between 16th Street and Civic Center stations in San Francisco and the first trains began moving through on it around 3:42 p.m., according to BART. The cause of the break is not yet known. 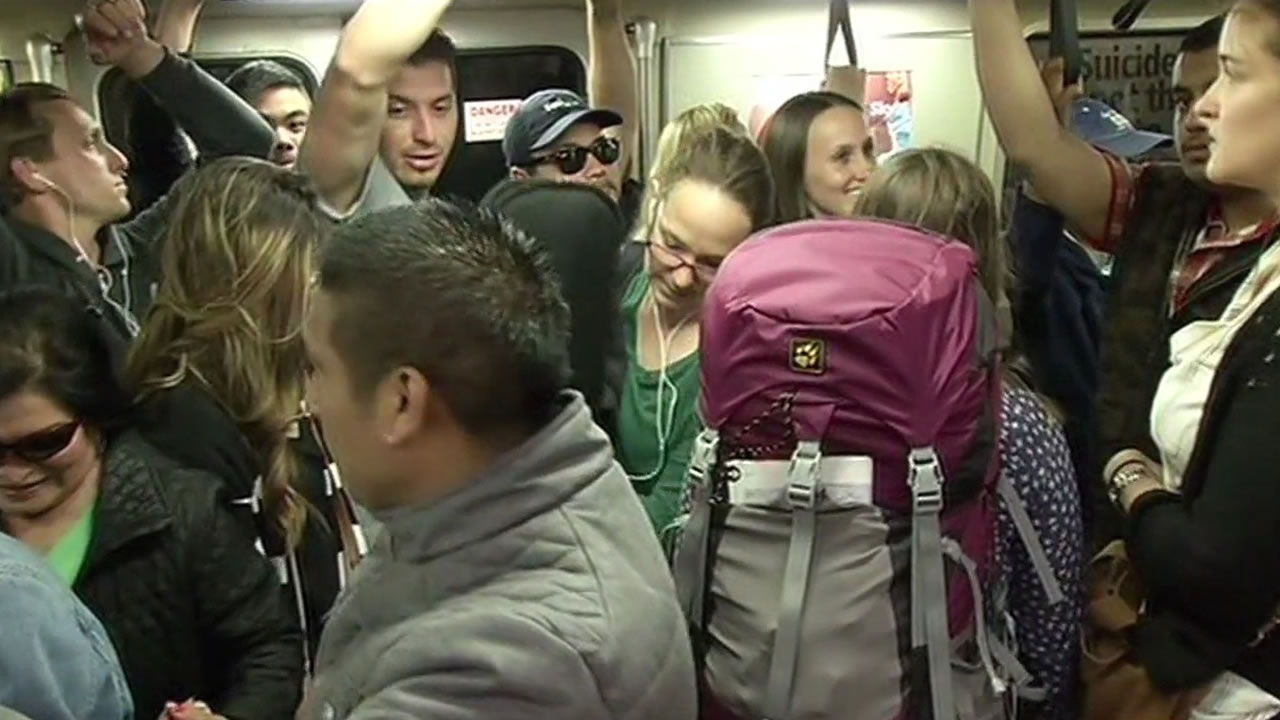 BART recovers from string of events causing delays
On Wednesday the BART system was significantly delayed after a broken rail was found in San Francisco and the East Bay had a power outage.

All stations are now open, but some stations along Market Street are experiencing overcrowding.

"BART will not allow patrons onto the platform if doing so compromises safety," BART said in a statement.

The break was first discovered around 9:20 a.m. when an eastbound train passing over the area reported a problem.

"It was a bumpy ride," BART spokeswoman Alicia Trost said.

The break forced BART to single-track through San Francisco and caused major delays in both directions. Only San Francisco International Airport-bound trains traveling from the East Bay to the city were running past Montgomery Station for most of the day. 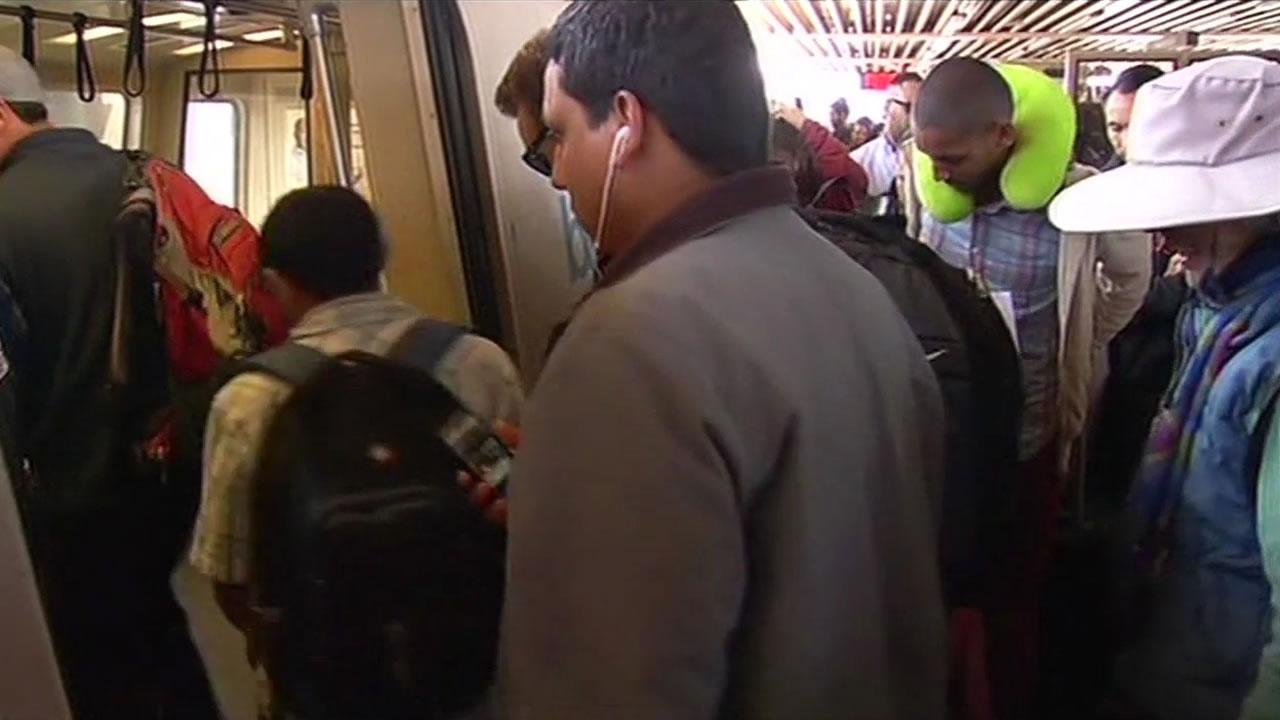 BART riders inconvenienced by delays
For much of the day, trains ran from beginning-to-end of just one of BART's four major lines, the Pittsburg/Bay Point line to Millbrae, and riders experienced significant delays.

Complicating matters was a San Francisco Giants game against the San Diego Padres that let out this afternoon. BART officials spent much of the day urging commuters to use other forms of transportation.

"It's very unfortunate we are having delays and we are very sorry, especially with the Giants game, but this is a safety issue," Trost said.

"Every line is affected," Trost said this morning. "There's just not enough redundancy in the system, it wasn't built to accommodate this."

Service problems in the East Bay caused by a power outage are also resolved, but BART officials are warning travelers to expect residual delays of half an hour to 45 minutes as the evening commute ramps up. 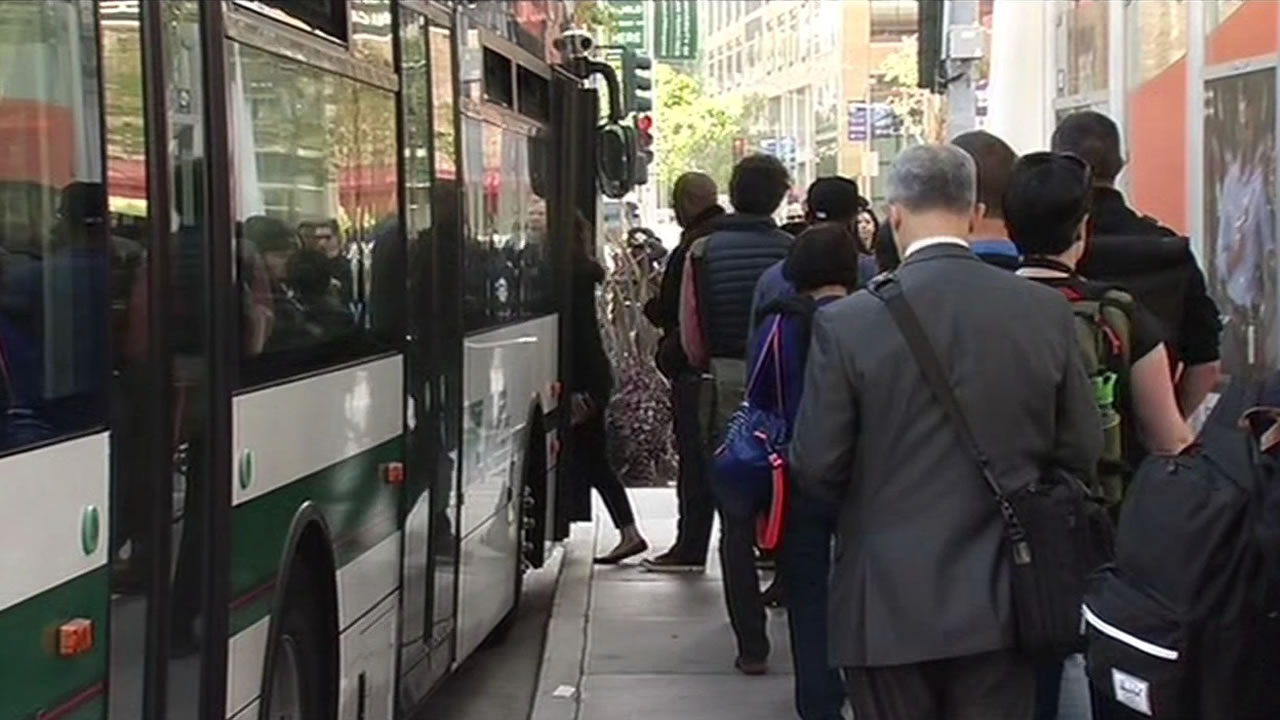 The East Bay service disruption was reported at 2:30 p.m. between the Bay Fair station and the Hayward and Castro Valley stations.

Download the Waze app for free to help navigate around the traffic jams.

All platforms are open but some Market St. stations are overcrowded; running trains systemwide. Thank you so much for your patience today.

Track athletes from Australia stuck at MacArthur #BART. Trying to catch flight from @flySFO to LAX for meet. #mapit pic.twitter.com/9LFj2oJirD

#bart delay station anncmt saying a one hour delay to the East Bay from SF pic.twitter.com/gTdXI3GoHn

#bart delay a delay so long that some commuters are going to sleep? pic.twitter.com/mBV5XvrA0T

#bart delay no xplanations for how or why track failed. Was inspected last night pic.twitter.com/v0J82VyhPp

#bart delay actual work has begun on track. A two hour job not including clean-up pic.twitter.com/fKAP4vBgCw

#bart delay passengers fairly patient so far but a six hour delay to fix pits us into the afternoon rush. pic.twitter.com/D3b0UDMhxl

#bart delay read it and weep, bart riders. San Francisco service down to one track pic.twitter.com/GIdWsqdYvq