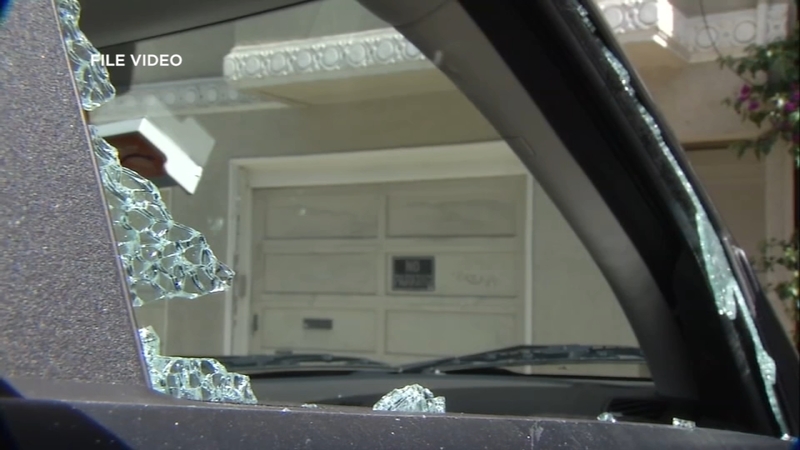 These 3 apps aim to protect you and your property

SAN FRANCISCO (KGO) -- From assaults to car break-ins, several innovators are using technology to thwart crime in the Bay Area.

Reports of two Asian women stabbed waiting for a bus in San Francisco shook Sinakhone Keodara to his core.

"I can't believe this is the world we live in," said Keodara.

"I wanted to do something," he continued.

Keodara is the Founder and CEO of BodiGuard, an app that allows you to hire an armed or unarmed guard.

Their VoliGuard (Volunteer Guard) service is completely free of charge for the elderly and anyone who is on a budget or can't afford their paid service.

"So that they can feel safe," said Keodara.

Keodara says the guards will be licensed, insured and undergo vigorous background checks.

A brazen armed robbery was caught on camera outside an Oakland hotel Thursday evening when a San Francisco man was unloading his car to check-in.

"Of course it's sad the fact that we even need this, the fact that people are treating Asian people less than dogs," said Keodara.

He's hoping to launch by the end of January. BodiGuard is one of several apps in a growing space meant to make people feel safer in big cities like San Francisco.

AskScout is another app currently in testing, with rollout in the next month or so.

CEO and founder Vincent Higgins created AskScout when deciding whether his then pre-teen daughter would be safe on a bike ride in the city with a friend.

"Really AskScout is a technology platform that gives you situational awareness," said Higgins.

AskScout uses location-based crime and other data to provide a safety score and alert you to potential risks. The app is free.

"We don't believe in fear-mongering, we believe in giving people the confidence to move freely," said Higgins.

"Scout is almost like a sixth sense," he continued.

Like Higgins, Daniel Landry was also inspired by a personal experience. Landry says someone broke into his car three times in one year.

"I lost some family pictures, business plans, most of the items it was irreplaceable," said Landry.

Landry created the Watch My Car App, a platform where car owners can hire armed or unarmed security guards to watch their parked car for $20 to $25 an hour.

"The security guards would deter a lot of crime," said Landry.

"It only takes about a minute or two, when you have a security guard that's present obviously you have to make a choice," he continued.

He expects the app is at least another year in the making and applauds the growing space using technology to address crime.

"We all have to contribute to the solution, law enforcement can't do this themselves," he continued.