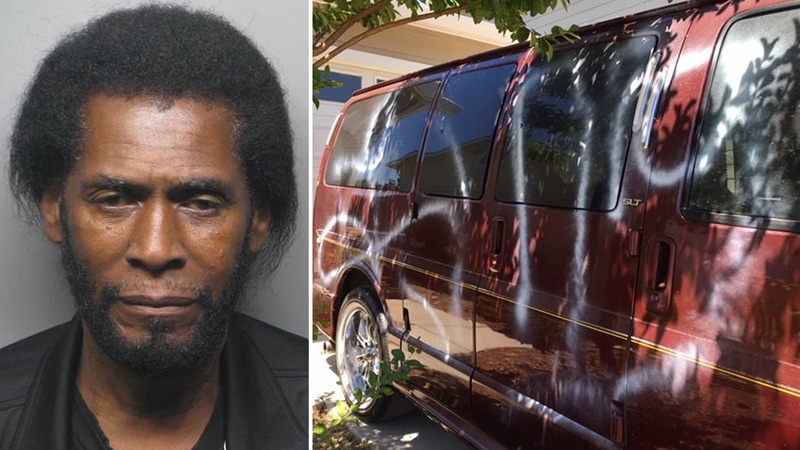 BAY POINT, Calif. (KGO) -- Cassius McGill still has the grafitti on her minivan and a broken window from a rock after an attack that she and her neighbors thought was a hate crime, based on the language that was used.

But now, McGill has learned that her 63-year-old neighbor Alvin Brown has been arrested and charged with felony vandalism, and that the hateful messages may have just been a diversion.

"That's pretty creepy and scary for us," she said. "All this time we were thinking something totally different. And, um, no interaction with him for him to do this to us. He know exactly who lives in the house. He could've injured any of us. He could've injured our three children."

"Mr. Brown has a personal relationship with one of the victims of the vandalism," explained Contra Costa Sheriff's Department Captain Melissa Klawuhn. "All evidence indicates this was not a hate crime, but rather an attempt by Mr. Brown to make the vandalism appear to be racially motivated."

Neighbors say Brown was living in one of the vandalized homes with his girlfriend. He even allegedly sprayed racial epithets on his own van.

"I'm just shocked," said Bennie Addison, who lives next door. He too had graffiti spray-painted on his garage and a rock thrown through his window, which hit his grown son in the mouth.

"What's upsetting is if this ever does happen in our community, people are going to say, well (it) could possibly not be racially motivated," McGill said.