Coronavirus Outbreak: Everything to know about the Grand Princess cruise ship that docked in Oakland

The Grand Princess ship is now heading to an undisclosed location at sea.

OAKLAND, Calif. (KGO) -- The Grand Princess cruise ship that had carried at least 21 passengers and crew who tested positive for novel coronavirus has departed San Francisco Bay for an undisclosed location at sea.

Some passengers are taking action in a new lawsuit against the company, claiming it knew the virus was on the ship and still decided to sail.

LIVE UPDATES: The latest on coronavirus outbreak in US, around the world

How many people were on board the cruise?

Samples from 46 people were collected and flown to a state lab in Richmond to be tested for COVID-19. 21 of those 46 tests came back positive. 19 of the positive tests were crew members and two were passengers.

The passengers who were onboard the Grand Princess were taken from the Port of Oakland to military bases, where they were quarantined for two weeks.

Grand Princess Cruises confirmed they're working with governments on the return of crew.

Where has the ship traveled to?

The Princess cruise ship originally departed from San Francisco on Feb. 11 for a trip through the Mexican Riviera.

During that trip, which ended Feb. 21, three people developed coronavirus.

One of those patients, a 71-year-old Placer County man, died of the virus, marking the first death in California, officials said Wednesday.

That same cruise ship later embarked on a trip to Hawaii. According to the cruise line, some of those on board the Mexico cruise stayed on the ship for the Hawaii trip.

The Hawaii cruise began Feb. 21 and arrived in Hawaii Feb. 26.

The ship then stopped on Kauai, Oahu, Maui and in the city of Hilo.

The cruise left the Hawaiian islands Feb. 29 and was en route to Ensenada, Mexico -- but cruise officials canceled that stop and headed to San Francisco after news of the Placer County passenger's death.

How many passengers on the cruise have developed coronavirus?

At least a dozen passengers who were on a different cruise on the same ship have tested positive for the novel coronavirus.

A Placer County man who was on the Grand Princess cruise of the Mexican Riviera from February 11-21 died of the novel coronavirus last week. His symptoms started two to three days after he boarded the cruise ship.

On the current Hawaiian Grand Princess cruise, a total of 21 have tested positive for the virus, according to the vice president. This includes 19 crew members and two passengers.

Where is the ship headed now?

The Grand Princess cruise ship is now headed to an undisclosed location at sea after departing San Francisco on April 8, where it restocked supplies.

The cruise ship hit by the new coronavirus originally headed to the port of Oakland.

The Grand Princess had been forbidden to dock in San Francisco amid evidence that the vessel was the breeding ground for a cluster of nearly 20 cases that resulted in at least one death after a previous voyage.

Vice President Pence announced on Friday that the ship would dock at an unidentified "non-commercial port". Initially, a naval base in Alameda was considered. But the Port of Oakland was later chosen as the place where quarantined passengers are expected to dock on Monday.

In response to the spread of coronavirus, Gov. Gavin Newsom has declared a state of emergency.

Mayor Breed has also issued a local state of emergency.

On Thursday morning, testing kits for coronavirus were flown to the ship.

Those test kits were then expedited to a lab in Richmond. On Friday, Vice President Pence announced 21 people tested positive for COVID-19 onboard the ship. Out of the 46 tested, 19 crew members and two passengers were infected.

California Office of Emergency Services gave new details on Sunday saying the ship would only be docked in Oakland for as long as it takes for the passengers to disembark.

What to do if you have a cruise booked

In light of the situation, Princess Cruises has canceled its Hawaii cruise originally scheduled to depart on March 7.

Those customers will receive a refund for any fares, airline, hotel or prepaid plans organized through Princess, the cruise line said.

They will also receive a credit for a future cruise.

"We want everyone to remain calm and continue taking precautions to keep themselves and their families healthy," Breed said Thursday. "We have been increasing resources and staffing to prepare for the community spread of this virus, and we will do everything we can to protect public health.

How to stay healthy during coronavirus outbreak

State, federal and San Francisco health officials say the best defense against the virus is to wash your hands.

It's also advised to avoid touching your eyes, nose and mouth and limit contact with anyone who is coughing, sneezing or has a fever.

If you have a fever, cough or trouble breathing, contact a medical professional. 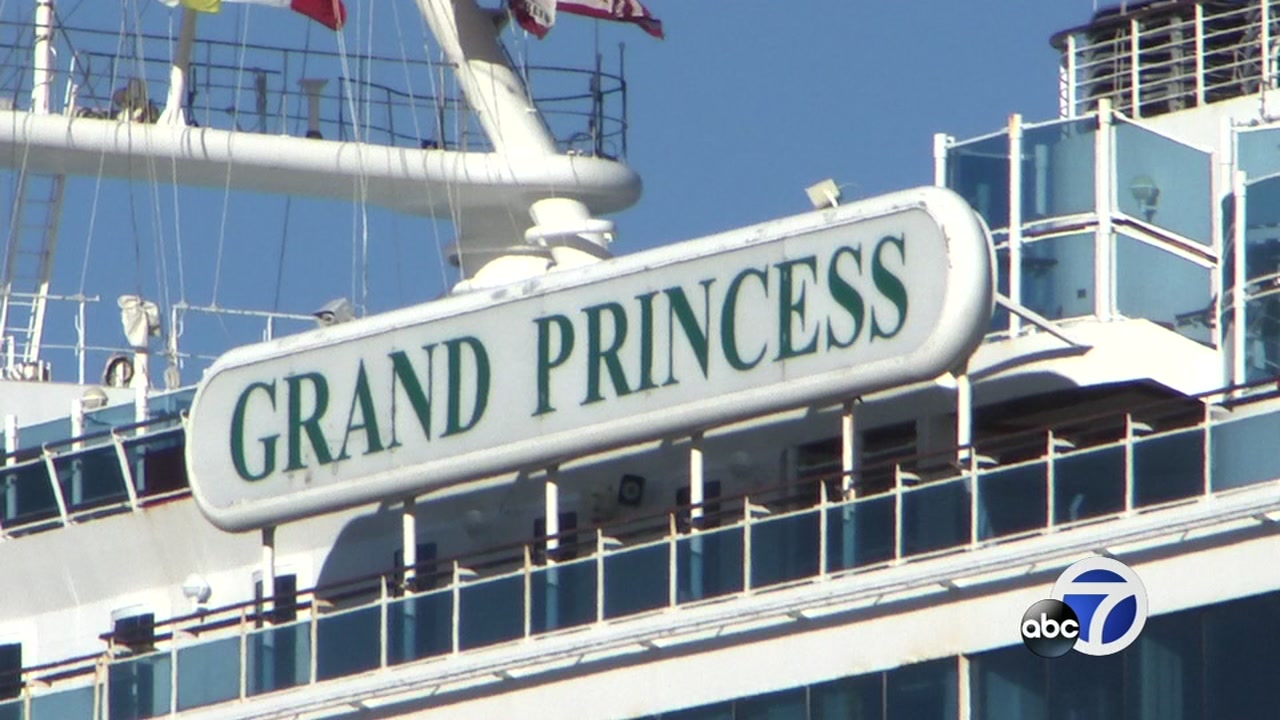