Police say 70% of crime in Morgan Hill involves a vehicle. They hope a new camera system may help catch the drivers.
KGO
By Dustin Dorsey 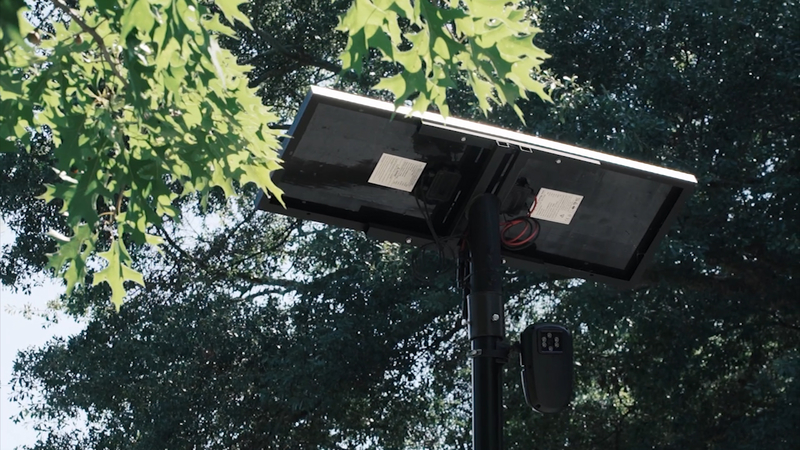 Cameras to be deployed to curb crime in Morgan Hill

MORGAN HILL, Calif. (KGO) -- Morgan Hill Police say 70% of all crime in their city involves a vehicle, and there has been an uptick in crime in the city as a whole.

They hope a new camera system may help catch the drivers, but not everyone is on board.

Crime is a highly talked about issue that is plaguing the Bay Area.

Even the small city of Morgan Hill is not immune.

"I have definitely seen more crime," Morgan Hill resident Nettie Calamia said. "You think that this doesn't happen to you, but this does happen and it just seems more frequent than ever."

Captain Mario Ramirez with MHPD says they will combat this rise with a pilot program of 25 Flock Safety cameras throughout the city in high crime areas.

They will automatically read license plates and get vehicle descriptions to police.

With successful programs in Los Gatos and Milpitas already, Ramirez hopes the cameras can lead to a reduction and prevention of crime in the city of Morgan Hill.

"We have an unsolved homicide that Flock cameras would have absolutely helped us identify the vehicle at the time, especially where we plan on placing the cameras," Ramirez said. "So, there are absolutely crimes that we are trying to investigate right now where the Flock cameras would've given us the ability to view and give us an investigative lead with a vehicle."

RELATED: Oakland police call for community's involvement in preventing crime, but some have other ideas

Police are on board, but how do residents feel?

As is the case with everything in life, there's always two sides of the story. Some residents we spoke with are for the cameras, others are more skeptical.

"My first thought is: privacy," Morgan Hill resident Sandy Hershey said. "We live in a country where we're supposed to have freedom to come and go and do what we do as long as we're living according to the law and rightly. Why do they feel this need to monitor every single person? That's what it's starting to look like."

"I think it's an excellent idea," Calamia said. "For people to know that we have a system in place, I think just knowing it will hopefully deter people from doing the illegal stuff."

Residents will be able to offer their thoughts on the cameras at a town hall meeting on August 12 before a final decision is made.

The pilot program will begin within the next month and run through September.