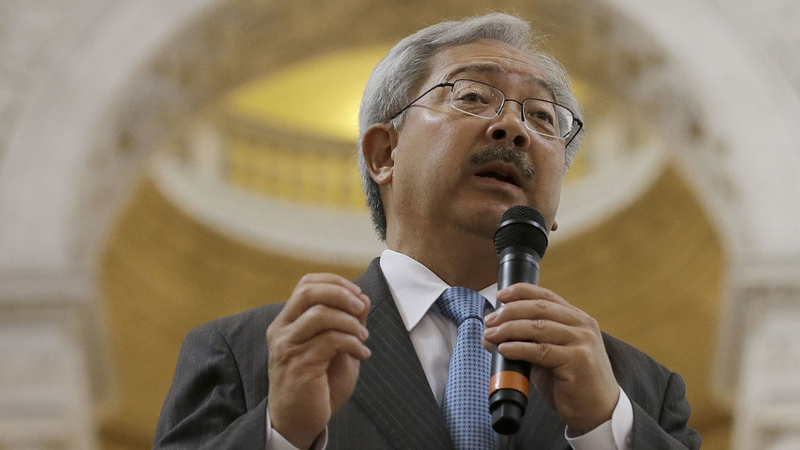 Mayor Lee along with San Francisco Police Chief Bill Scott have been in communication with the National Park Service all week, and are encouraging NPS to reevaluate, or reject the rally permit.

The service has approved, but not actually issued the permit, saying in a written statement on Wednesday that they will make a final determination by the end of next week "based on the thorough public safety review."

Joe Gibson who leads the organization Patriot Prayer told his Facebook followers: "Good news! Police have a robust plan to ship rally attendees from a parking lot to Crissy Field and back."

San Francisco's mayor Ed Lee says he believes the permit will be issued and law enforcement will be ready for any violence, so much so that the coast guard has been alerted. In the application filled out by Gibson, even he checked the box "yes" when asked if there is any reason to believe there will be attempts to disrupt, protest or prevent your event.

"There are points of entry to Crissy Field that today are totally unguarded and very open," he said.

"If it's an unsafe event, definitely we can shut it down. If it's not, we can facilitate first amendment activity," says Chief Bill Scott. He says those with an appropriate concealed-carry permit can have a gun in accordance with California law.

However, Scott also says he's working with the Park Service to create a safe demonstration if they do in fact issue the rally permit. "There are conditions that can be placed in a permit to prohibit weapons within the permitted space."

The mayor's office and religious and community activists are promoting an event called United Against Hate this Friday at Civic Center Plaza.

Other community leaders are also promoting their own events. Activist Cleve Jones is planning one in the Castro district.

If approved, the Patriot Prayer rally will begin at 2 p.m. and goes through 5 p.m.

There are also counter protests planned in the East Bay over the weekend: