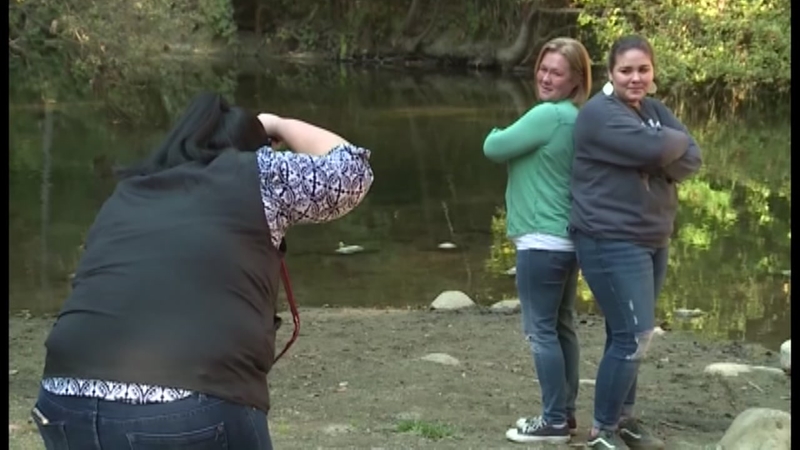 SAN FRANCISCO (KGO) -- Families who lost everything in the devastating CZU Lightning Complex Fire in August, now have something to look forward to.

San Francisco Zion Church and Sacramento-based Highlight Studios started reaching out to fire victims, offering free photo shoots to start replacing some of the treasured family photos that may have been lost in the fire.

The fire burned more than 86,000 acres and forced thousands to evacuate in San Mateo and Santa Cruz counties after it was sparked by a massive lightning storm in early August.

Tammy Galvan was one of the ones who lost her entire house in that fire, full of cherished keepsakes and irreplaceable family photos. Galvan has been grieving the loss of her father-in-law, and three months ago, her mother passed away.

"Her sweater and her perfume were in the house, and I didn't grab them because I thought we were coming back," said Galvan. "We were told the next morning that within the hour of evacuating it was all gone."

RELATED: 'Severely understaffed:' SJFD looks to add to its Public Safety Dispatch team; here's how you can join

But now, Galvan has brand-new family memories to hold onto for the future, after going on a full photo shoot with her 16-year-old daughter and 9-year-old son.