In spite of the challenges city leaders have been tackling, tourism experts say people are willing to come back to the city again.

San Francisco's largest conference in years is now underway with tens of thousands in the city for Dreamforce.

SAN FRANCISCO (KGO) -- San Francisco's largest conference in years is now underway with tens of thousands in the city for Dreamforce. The three-day tech conference kicked off Tuesday morning at Moscone Center.

While the conference is good for business in San Francisco, ABC7 wanted to know what attendees are thinking about the city.

Bala Baaeerselbam went the distance to make it to Dreamforce in San Francisco this year.

It's his first visit. There's a lot he's hoping to learn.

"I want to talk to people, think about the Salesforce ecosystem. I want to listen more to what happens over here, how people use it, what are the different perspectives of customers, interact with them, and learn more about it," said Baaeerselbam.

He joins 40,000 people who traveled to the city for the tech mega conference

We asked him what he things about San Francisco and what he's heard about the city recently.

"I have noticed. I have some idea. Because people speak about it loudly now," said Baaeerselbam.

He's talking about the homeless problem-- the people camping on around the city.

"I feel unsafe," said Baaeerselbam. "The so-called third world country I come from, I feel is much much safer than what I actually see over here."

Stacy Alessi is in town from Milwaukee, Wisconsin. This is her seventh time attending Dreamforce.

"I've noticed a difference though since I was here three years ago," said Alessi. "It feels like a lot more homelessness that we recognize."

This year, Dreamforce is expected to generate $40-million dollars for the city--with conference goers expected spend big bucks at local restaurants and hotels.

There are plenty of San Francisco police officers around Dreamforce and around the city making sure visitors remains safe. Police say they haven't noticed any problems with break-ins or pickpocketing with past Dreamforce events. But again, they encourage people to remove their badges when they leave Moscone Center.

In spite of the challenges San Francisco city leaders have been tackling---the issues of homelessness, property crime, or drug addiction, San Francisco tourism experts say people are willing to come back to the city again.

"When people come to San Francisco, they have totally different impression of the city than what they may have thought before they came here," said Joe D'Alessandro, CEO and President of SF Travel.

San Francisco Travel says the major turnout at Dreamforce is a sign of what's to come.

"Not only is it going to give a much-needed jolt in the arm to San Francisco's economy, and really show that our recovery is strongly in progress, this is also going to tell the world SF is open for meetings," said D'Alessandro. 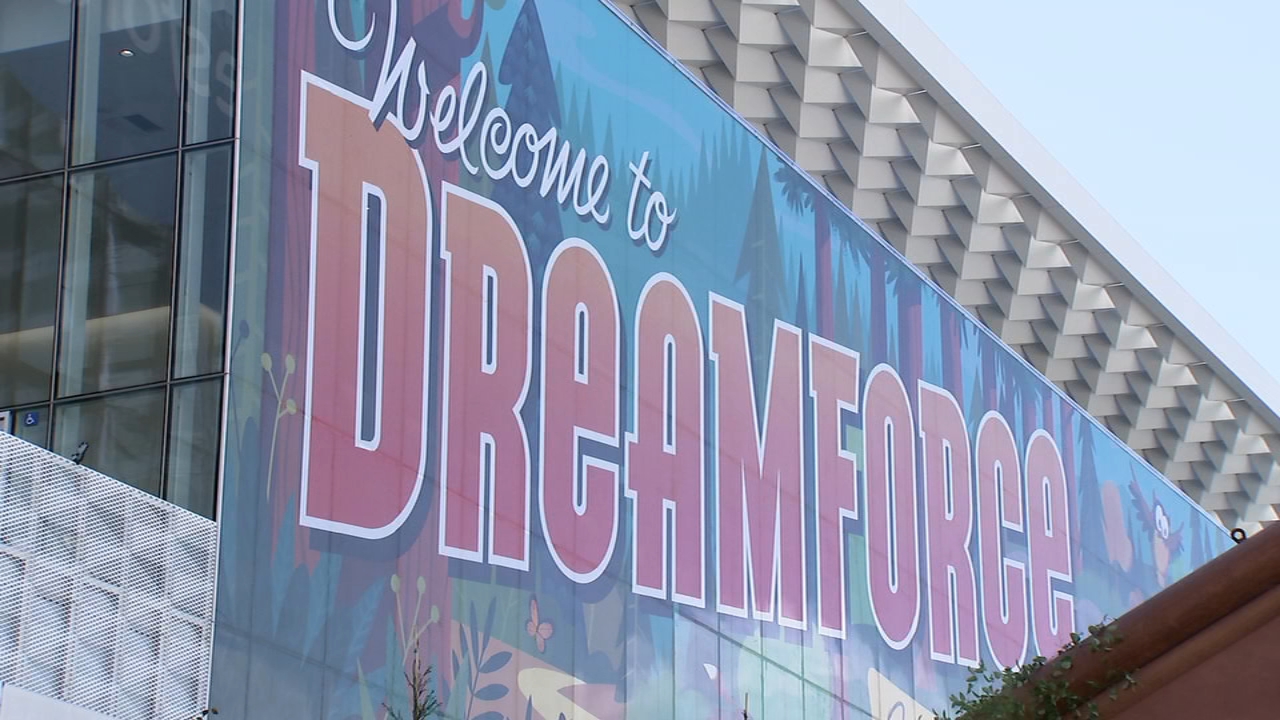 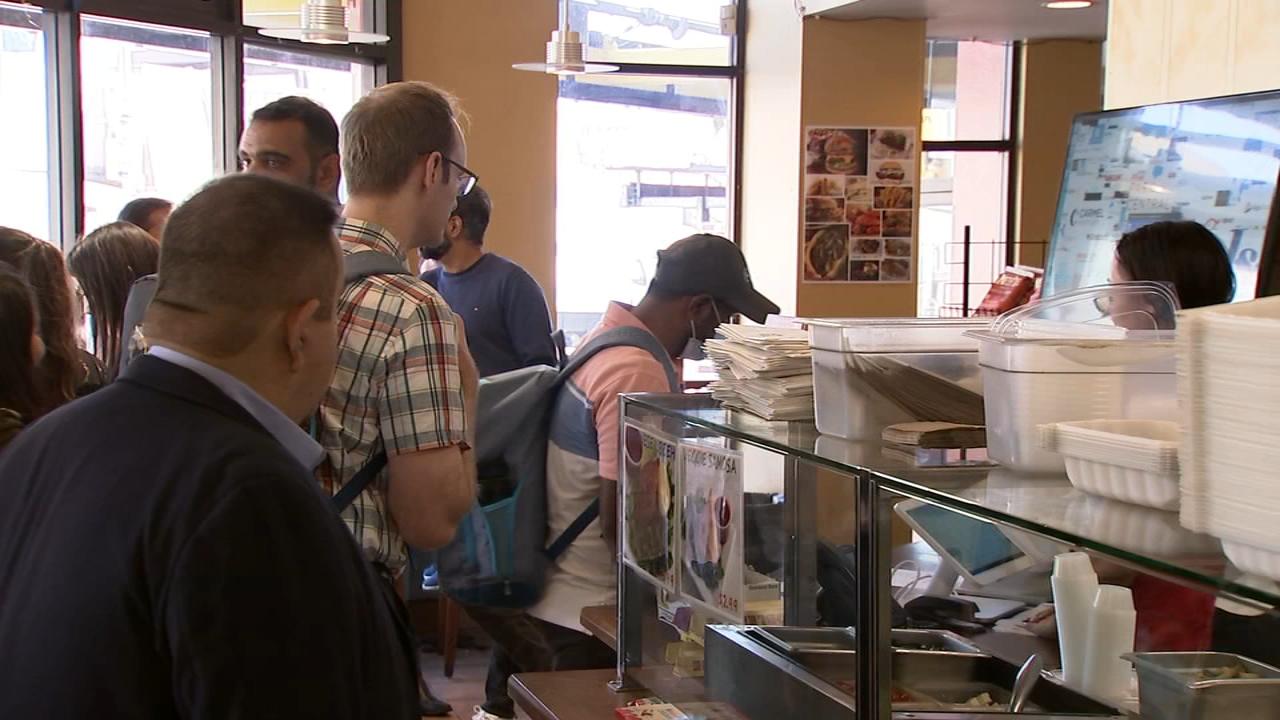 SF businesses look for big boost from Dreamforce this week 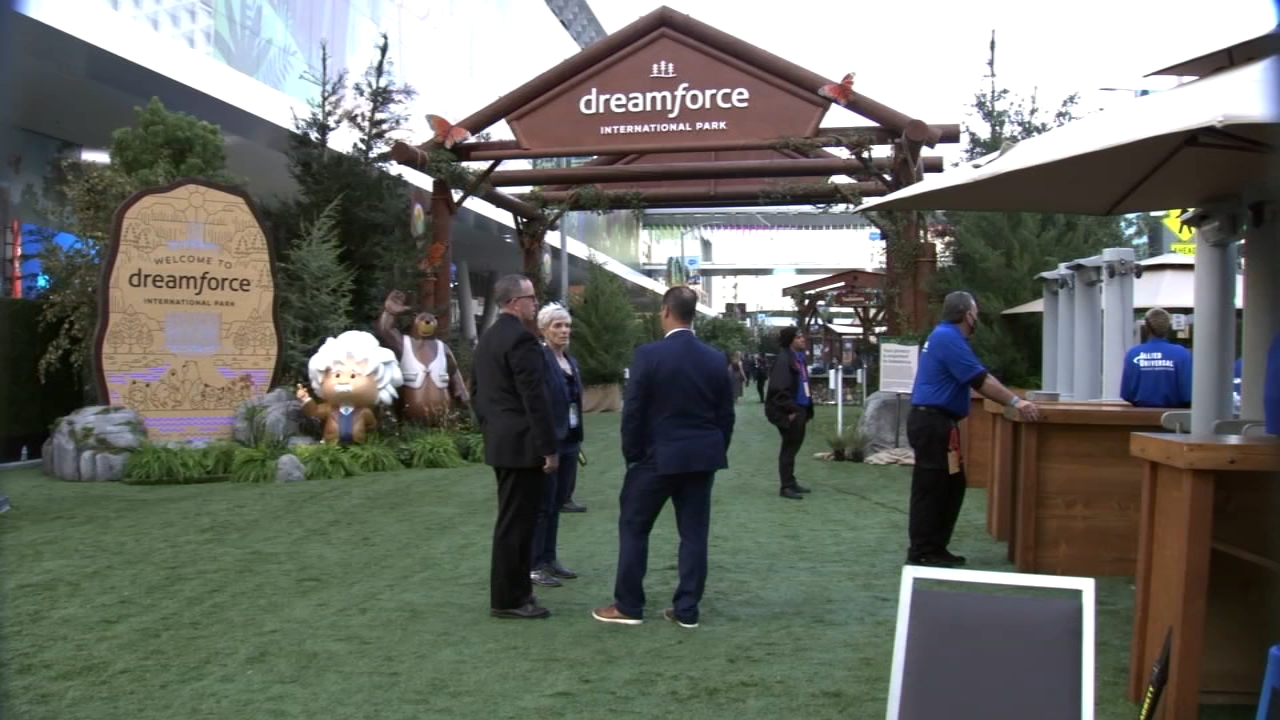 'Pro-Life Spiderman' tells how, why he climbed Salesforce Tower