KGO
By Kristen Sze
SAN JOSE, Calif. (KGO) -- A movie directed by a San Jose native is opening nationwide and getting a lot of buzz. We're talking about "Searching" starring John Cho.

Cho plays a San Jose father who has to follow a trail of social media to solve his teen daughter's disappearance.

The entire story is told through a novel technique -- texts, calls, and videos. Viewers see all the twists and turns through laptops and phones.

The film is directed and co-written by 27-year-old Aneesh Chaganty, a USC graduate who says his love of film making was instilled in him by his immigrant parents.

"You know, my mom used to pull myself and my brother out of school early to watch a movie. Even today, I always go home to San Jose to watch the Oscars with the family," Chaganty told ABC7 News via Skype.

Chaganty quit his job directing commercials for Google when this opportunity came up. He knew he had to have John Cho, the actor at the center of the "starring John Cho" campaign, a social movement that began two years ago asking why minorities can't star in more Hollywood films.

RELATED: 'Crazy Rich Asians' is a ground-breaker for Asian Americans

"He's the guy that everyone's always like, 'Oh we wish we saw more of him,' but no one puts him in more things," said Chaganty. "So for us it's a really cool opportunity to give him the role we've always wanted to see him in."

And now, the little movie made by five guys, shot in 13 days, but took 18 months to edit, is ready for national release.

Just like there was for "Crazy Rich Asians," a box office hit directed by another South Bay native, Asian-Americans have been buying out theaters to support "Searching."
In addition to suspense, creativity, and strong performances from both Cho and co-star Debra Messing, viewers will notice many references to ABC7 News. Chaganty says he wanted to reflect the TV stations he grew up watching to make it more authentic.

"My parents bought me books on film making, didn't expect me to go into the family business or be a doctor. My family catered my first short screening, my first movie "Titanic Prom," said Jon Chu, who grew up in his father's famous Los Altos restaurant, Chef Chu's. 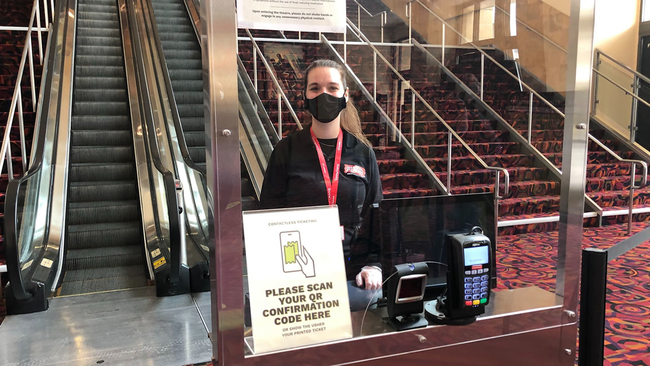 Here's what'll be different when you go back to the movies