Fentanyl is 50 to 100 times more potent than heroin, and is being laced with every drug sold on the street, Stanford doctor says
KGO
By Stephanie Sierra 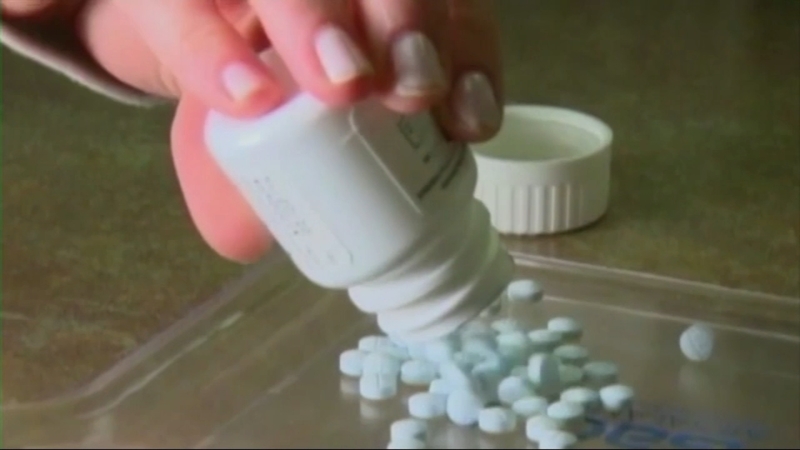 Most drug overdose deaths are tied to these 3 SF neighborhoods

Fentanyl has killed more people than COVID-19 in San Francisco.

743 people have died from accidental drug overdoses in San Francisco from January 2021 through February 2022, according to records released from the city.

ABC7 News reached out to the San Francisco Medical Examiners Office for further explanation of this data and are still waiting to hear back.

"It's very dark but it's the reality," said Jack Terwelp, the program director at Marina Harbor Detox, a substance abuse rehab facility in San Francisco.

In just the past two years, Terwelp says he's lost a dozen friends to fentanyl. His employees share the same pain.

"Employees come up to me every day and say 'I have another funeral to attend to... do you mind if I get another day off work?'" said Terwelp. "That's what we're up against."

The group Moms Against Drug Deaths funded a $25,000 billboard that went up in Union Square this week calling out the fentanyl crisis.

The message states, "Famous the world over for our brains, beauty, and now dirt cheap fentanyl."

"What's your reaction to that?" ABC7's Stephanie Sierra asked.

"Finally...finally somebody is saying what's really going on," said Terwelp.

The group spent $25,000 on a new billboard in Union Square that reads: "Famous for the world over for our brains, beauty and now dirt-cheap fentanyl."

According to the San Francisco Medical Examiner's Office, there were 645 accidental overdose deaths last year. Around 75 percent were due to fentanyl. Nearly 60 percent of those deaths happened in three neighborhoods across the city -- the Tenderloin, Soma, and Nob Hill. Most of the victims are men.

Lembke says fentanyl is 50 to 100 times more potent than heroin, and is being laced with every drug sold on the street - including Xanax, marijuana, and other counterfeit opioids like OxyContin.

"So people think they're taking Xanax or OxyContin, but are really taking a combination of different drugs, including fentanyl," said Lembke.

Around $510 million is allotted for behavioral health programs to address the ongoing drug crisis, according to the city's 2021-2022 budget. ABC7 News has requested a breakdown of how those funds have been spent.

But if you ask Terwelp, more needs to be done as the problem continues to get worse. Just in the past two years, he's seen a 50 percent increase in patients addicted to fentanyl -- and many of them didn't even know it.

"That's the scary part," he said. "They don't even realize it before it's too late."