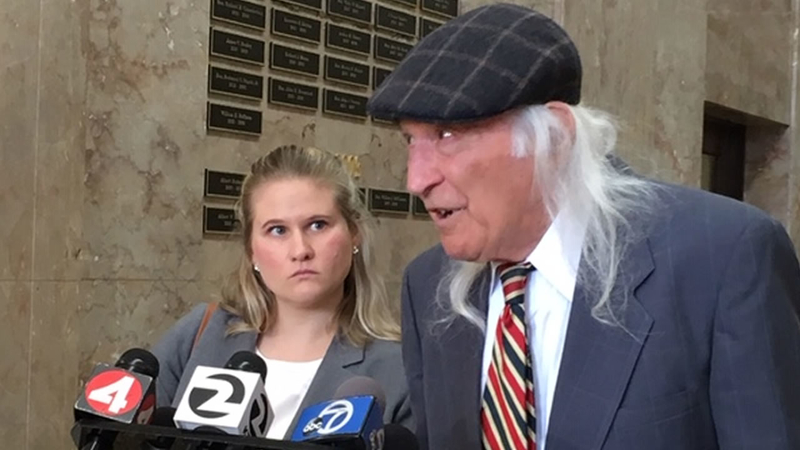 OAKLAND, Calif. (KGO) -- Opening statements in the Ghost Ship trial have concluded and the evidence portion is set to begin next Monday.

Ghost Ship founder Derick Almena and creative director Max Harris are both charged with 36 counts of involuntary manslaughter for the December 2016 fire.

In his opening statement, Almena's attorney Tony Serra said his client is not to blame for the deadly fire -- claiming witness statements will show it was arson set by several men with Molotov cocktails. Serra acknowledged there was no physical evidence found at the scene to help prove that point.

"My client is not some despot, cult leader, manipulator of the truth," Serra told the nine women and three men of the jury. "Not someone indifferent to the horrors of these events."

#DEVELOPING #GHOSTSHIP trial opening statements. Defendant Derick Almena appeared to tear up when his attorney showed the jury a giant photo of him with his wife and three children. They lived at the warehouse but were at a hotel the night of the deadly fire. #abc7now @courtart pic.twitter.com/gZB2tJt74a

Serra also claimed that numerous officials from the police and fire departments, as well as Alameda County Child Protective Services, visited the warehouse, were inside often, and never told Almena that it was dangerous or failed to meet safety codes.

The trial resumes Monday morning when the first witness will be called by prosecutors from the Alameda County District Attorney's office. Testimony is expected to last about two months.

#DEVELOPING #GhostShip trial opening statements have concluded. Attorney for Derick Almena: “My client is not some despot, cult leader, manipulator of the truth...not someone indifferent to the horrors of these events.” @AlamedaCountyDA will begin calling witnesses Monday. pic.twitter.com/Cjk9kGymG1

#DEVELOPING #GHOSTSHIP defense attorney Tony Serra talks about his theory that the deadly fire was an arson. Serra claims there are two witnesses that saw men running from the warehouse, but he concedes there was no physical evidence of arson at the scene. #abc7now pic.twitter.com/8iOisuAK2h

#DEVELOPING #GHOSTSHIP opening statements concluded. One alternate juror removed due to work hardship, another on panel reported innappropriate contact with someone in elevator, but that juror still on panel after judge rules the contact was not a threat to juror’s impartiality.