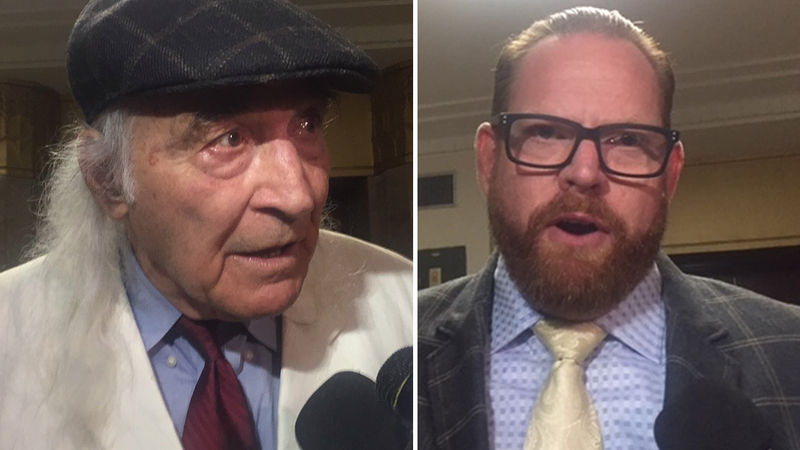 OAKLAND, Calif. (KGO) -- A trial date has now been set for the Ghost Ship criminal trial. Jury selection is set to begin in early April of next year. This comes just a month after an Oakland judge threw out a plea agreement that called for relatively short prison sentences for defendants Derick Almena and Max Harris.

"They want a trial, they're going to get a trial!" said Tony Serra, lead attorney for Ghost Ship defendant Derick Almena.


Almena and co-defendant Max Harris both face 36 counts of involuntary manslaughter for the December 2016 fire at the Fruitvale warehouse.

Like Serra, Harris' attorney told reporters that much of his defense will involve diverting blame to others.

"We want to humiliate and embarrass every public official who didn't do their job," said Curtis Briggs, Harris' attorney. "We want to expose and make transparent all of the government malfeasance. We want this to be the most painful trial that the City of Oakland and County of Alameda have ever endured."

Between now and the trial date in April, a judge will consider two motions in the Ghost Ship case.

The first involves Serra's request to have the original plea agreement re-instated; the deal that was thrown out by Judge Cramer last month.

A second motion to move the Ghost Ship trial out of Alameda County will be heard by another judge in November.

"My client, from my perspective, has been falsely compared with Charles Manson, you know, some kind of a killer," said Serra. "So he has in my view been assassinated by the press."