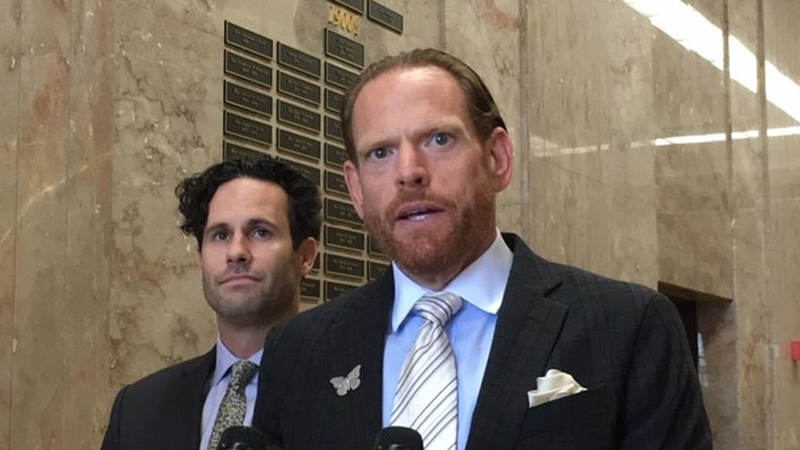 Ghost Ship jury asks for read back of Almena testimony

OAKLAND, Calif. (KGO) -- It's the first significant development from the jury this week on the seventh day of Ghost Ship trial deliberations.

Tuesday afternoon the jury sent a note to the judge, asking for significant portions of testimony to be read back to them.

That includes that of Ghost Ship founder and defendant Derick Almena, who testified in his own defense.

Bouchard lived only briefly at the Ghost Ship when it was first founded in late 2013, but he was a co-signer on the original lease with Almena.

He testified early in the trial that he became concerned that Almena was making structural changes to the warehouse without proper permits or the owner's approval.

TIMELINE: How the investigation into the deadly fire Ghost Ship fire unfolded

O'Keefe was a Ghost Ship resident, who greeted guests at the door the night of the fatal fire that killed 36 people.

"We can infer that the jury is focused on the inception of the Ghost Ship warehouse, the inception of the lease and they're probably focused on the owner conduct and roles as well as Mr. Almena as well as anyone who founded the Ghost Ship warehouse," explained Briggs. "We can infer that they're not terribly concerned about Mr. Harris at this point."

"It shows me as the word suggests, that they're deliberately going through everything that they heard," said Tyler Smith, one of the attorneys who represents Harris.

The jury hasn't asked any questions since last week, when they requested an iPad to review a certain piece of evidence, a 3D re-creation of what the Ghost Ship looked like before the deadly fire.