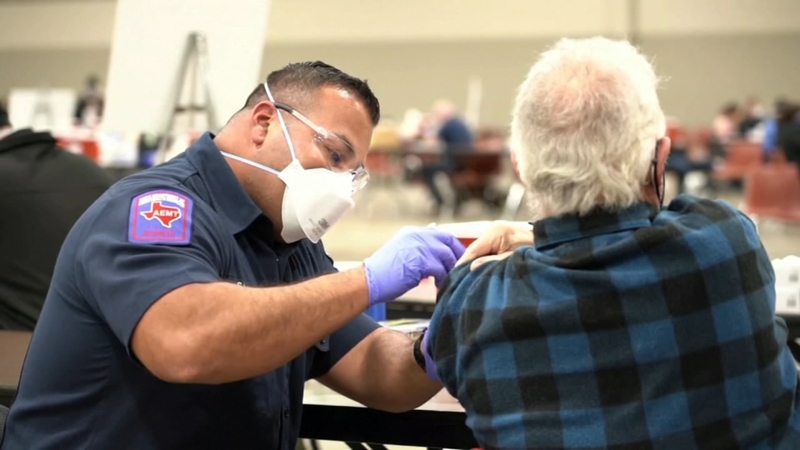 SAN FRANCISCO (KGO) -- A specific case out of UCSF is highlighting the need for more research into the COVID-19 vaccine and its impact on cancer treatments as the highly contagious Delta variant spreads rapidly across the Bay Area.

The news comes a day after the Centers for Disease Control and Prevention released an updated warning the vaccine may not effectively protect immunocompromised patients.

"I was near death," said Eric Speier, a three-time bladder cancer survivor. "I was close to the drain."

Speier, a Vietnam War veteran, is no stranger to a tough battle. He was told he would have one year to live back in 2016, until his team of doctors at UCSF put him on a drug called Keytruda.

"Keytruda saved my life," he said. "If it wasn't for that, I may not be here right now."

It was roughly two weeks after receiving the second dose of the Pfizer vaccine in March, he started feeling sick.

"I did have an ongoing headache that I couldn't shake," said Speier.

Then confusion hit. Speier struggled to speak and walk. "It just felt like my body functions were shutting down."

After being admitted at UCSF, his team of doctors ran 68 tests to see what may be causing his reaction. Inflammation was found in his brain, but all other tests indicating any infection came back negative.

RELATED: Why immunocompromised people may not have full protection after vaccination

"It's hard to know whether the vaccine was something that kicked him over the edge to develop this reaction or whether he would've developed it anyway having been on that medicine for a long time," said Lawrence Fong, who oversees the Immunology Department at UCSF.

Dr. Fong says there needs to be more research on how these types of cancer treatments interact with vaccines. Keytruda for example, boosts the immune system to target cancer.

"Those treatments can conflict because we're turning on the immune system which puts patients at an increased risk for some of the side effects where the immune system ends up targeting different tissues in our bodies," said Fong.

Fong says a potential solution in some cases would be to take patients off a drug prior to getting the vaccine to avoid any severe reaction. But, he says there's still not enough data to support that conclusion yet.

Meantime, as the Delta variant spreads across the Bay Area there's heightened fear among immunocompromised patients after the CDC released guidance warning the vaccine may not be as effective in protecting the high-risk group.

Bay Area health officials are concerned about the rapid spread of the Delta variant, warning outbreaks could trigger a setback for the state.

Fong says UCSF is awaiting guidance whether immunocompromised patients should be first in line to get a COVID-19 booster shot once it's authorized.

"We should be assessing our cancer patients for what their immune responses are after that second vaccination and if they're not up to a level that we like to see we might think about giving them an additional booster vaccine," said Fong.

As for Speier, it's still unclear what prompted his adverse reaction. His team of doctors submitted his case to CDC's vaccine reporting system VAERS.

"I have to walk my daughter Katie down the aisle," Speier said in tears. "She's getting married in September."

"And you're going to be there!" said ABC7's Stephanie Sierra, Speier's niece.

"You better believe it!" Speier said.