When it comes to Bay Area forest management, The Sempervirens Fund and Amah Mutsun Tribal Band are looking at traditional Indigenous practices.

SANTA CRUZ, Calif. (KGO) -- As a senior land manager with the Sempervirens Fund, Ian Rowbotham has seen the effects of wildfires on the San Vicente Redwoods property in the Santa Cruz mountains.

"So right here on this larger Doug fir, you can see some of the fire scarring from the 2020 CZU fire," he says pointing to darkened bark.

But at the same time, Rowbotham and his colleagues have been working to protect and nurture the majestic Redwood grove, in part by reaching back into the past and drawing on those practices.

A ceremonial burn, conducted with the Amah Mutsun Tribal Band, helps manage the forest, according to the organization.

VIDEO: Santa Cruz redwoods are providing priceless lessons on how to save CA forests from climate change

"2016 was pretty special, being able to be a part of that," Rowbotham remembers.

He said the burn took place in an area already cleared as a canopied fire break. The benefits of the breaks, which clear away fuels closer to the ground, are clearly visible in the area, with fire-scarred trees standing side-by side-with groves that escaped with less damage.

But the potential lessons from the indigenous ceremonial burn run even deeper.

"There is a very important ceremony too because it cleanses the land, it purifies the land," says Valentin Lopez, chairman of the Amah Mutusun Tribal Band, which is indigenous to a wide area of the South Bay and beyond.

"So there's a lot of benefits in this indigenous knowledge. And that's what the scientists are working on. And that's why they want to work with us today, to bring back that science, that indigenous science," he explains.

And the value is becoming more visible across the West. This month, National Geographic, a partner of ABC7 news, is devoting an issue to the growing work of indigenous peoples who are reclaiming their ancestral lands and way of life, including nations like the Yurok who are using traditional fire techniques to manage their land and streams in the northern reaches of California.

"And to recognize that indigenous history and knowledge we have about how to take care of these lands," Lopez believes.

It's also happening at a time of increased interest in better managing California's forests with techniques like prescribed burns and canopied fire breaks. Here in the Bay Area, the Amah Mutsun partner with the Save the Redwoods League, the Peninsula Open Space Trust and Sempervirens Fund, among others. Working to reduce the devastating cycle of wildfires that may ultimately be accelerated by climate change.

"It's incredibly rewarding to work with, and I think along with it comes a lot of sort of humility. I think that's really important," says Rowbotham.

Lopez says for members of the tribal band, it's also a sacred duty.

"Our creation story tells us, the Creator gives us the responsibility to take care of mother earth, and all the things. That is a directive from the creator that our ancestors took very, very importantly."

To get alerts for breaking news, download the ABC7 News app for iPhone or Android. You can also get breaking news alerts sent to you by email. 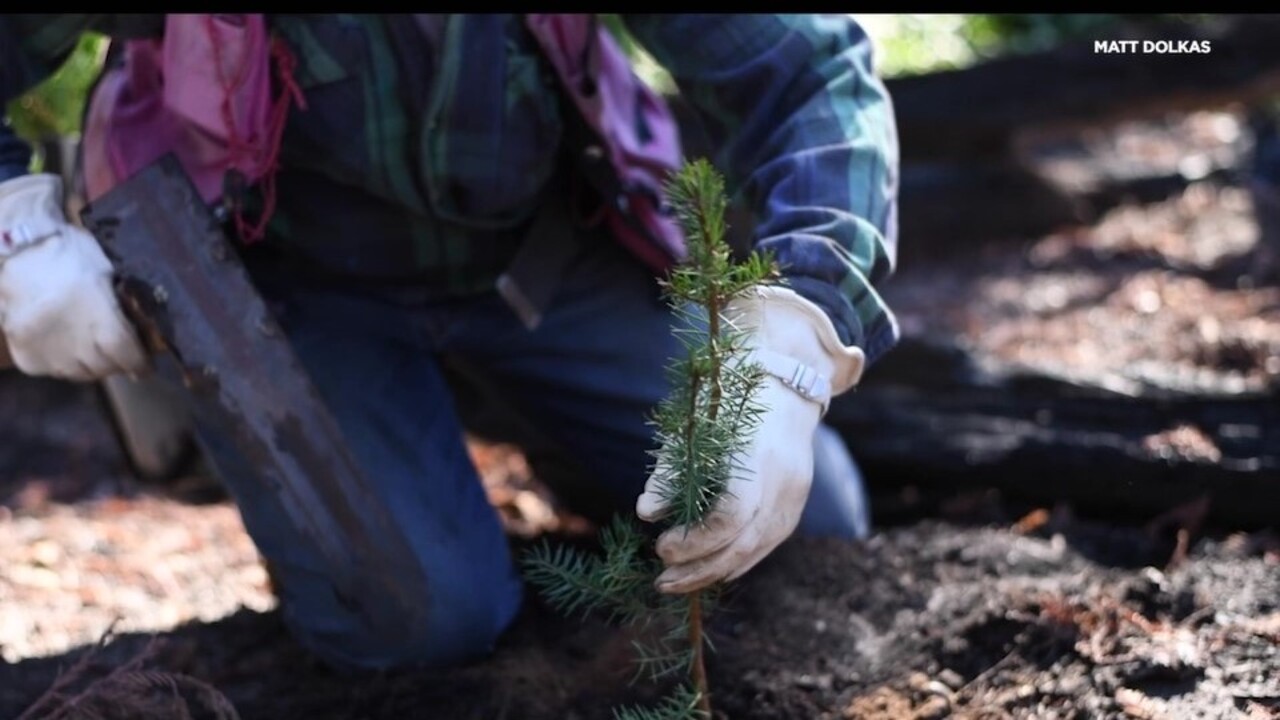