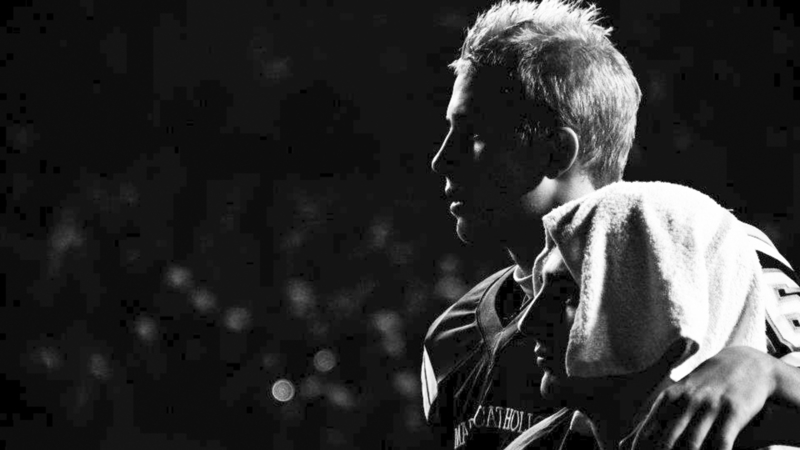 GREENBRAE, Calif. (KGO) -- If you're looking for local Rams fans in this year's Super Bowl, Marin County is a good bet.

During lunch at Marin Catholic High School on Wednesday, students engaged in an unusual form of weekend-related video messaging.

"We love you Jared!" crooned members of the girls' volleyball team.

As in Jared Goff, number 16, about to QB the Rams in the Super Bowl.

Don't even think of wearing that number around here.

"I never thought of asking for 16. That is not my number," said the school's present QB, Gavin Cooke.

The last man to wear it - that same Jared Goff.

"He knew how to whip the ball," said coach Mazi Moayed.

When Jared Goff arrived on campus as a young teen, they say he had an amazing arm. He could throw the ball 65 yards. Years later, that is not what people remember.

"Ever since he was here he was polite. Responsible. Very kind," said Lynne Maloney, who taught Goff as a freshman and as a senior.

He hasn't been shy, since. Goff is a regular at off-season practices. He has helped junior defensive lineman Jama Sekona while fielding offers from Arizona, USC, Oregon, and California. "Jared helped me on the process, how not to be overwhelmed by it all."

Staff at Marin Catholic say that despite his meteoric stardom, Goff appears to be the same kid they saw graduate.

In his first game as a sophomore, Jared Goff took the team from behind to a comeback win, and kept going, leading Marin Catholic to consecutive state championship appearances.

Pictures from back then show a skinny kid with a big heart. ABC7 News reporter Wayne Freedman's daughter remembers Goff well. She went to Marin Catholic at the same time as Goff, and took photos while documenting the 2011 season. Some of those teammates remain among Goff's best friends.

And, yes, they're going to the Super Bowl. Coach Moayed, too.