Jaxon Sales, from Oakland, was found dead at the age of 20 in a San Francisco apartment in March 2020.
KGO
By Dion Lim 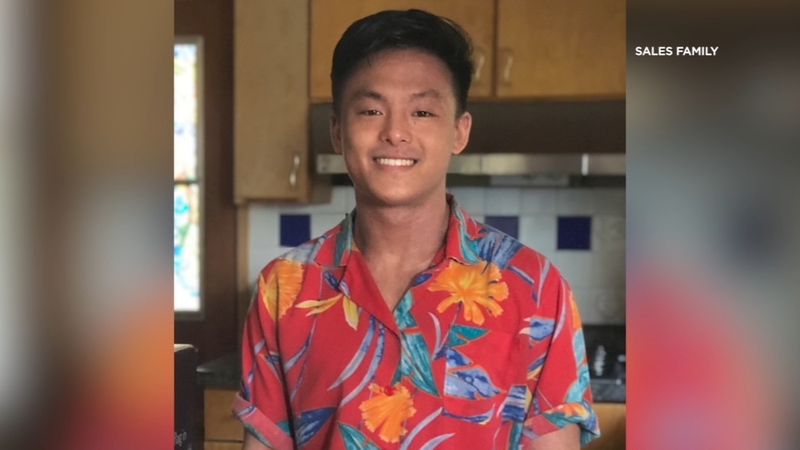 OAKLAND, Calif. (KGO) -- An Oakland family is demanding answers nearly two years after their son was found dead in a San Francisco apartment.

The Sales family alleges SFPD and the medical examiner didn't do enough in their investigation to find their son Jaxon's true cause of death. Now tens of thousands of people, including California Senator Scott Wiener are asking that the investigation be re-opened.

Today I sent this letter to the Chief of Police & Chief Medical Examiner about the death of Jaxon Sales & community/family concerns about inadequate investigation of this tragedy. pic.twitter.com/nod66fA7Ek

"Jaxon was very much that, the vibrant, humorous jokester. A little mischievous, but always with a big heart and empathy. That was him," says Angie Aquino-Sales.

It's that love of life that according to Jim Sales and Angie Aquino-Sales makes it so hard comprehend that their son Jaxon is no longer in this world.

"I was just so proud to see him and the man he had grown into being," says his father, Jim.

Jaxon and his older brother were adopted from Korea when they were babies.

Jaxon was found dead at he age of 20 in a San Francisco apartment on March 2, 2020. Reports show he had met a man on a dating app, and that there were drugs in his system.

SFPD released a statement to ABC7 News reporter Dion Lim saying there were no signs of foul play, but the Sales family alleges they were kept in the dark over details of what really happened.

"We spent the first year trying to get reports. We finally got the final report of what happened to our son in November of 2020," says Angie.

They also believe their son's case was dismissed as an "accidental overdose" because of his sexual orientation.

"Jaxon is Asian, he is gay. When I heard the medical examiner say (the drug) GHB...and the gay community uses GHB... it was very dismissive."

ABC7 News has obtained the medical examiner's and police report, and details of this case are complex.

But this isn't a story about the drugs found in Jaxon's system or the circumstances of where he was found. It's about a family that wants fairness. They want to be seen and be heard, and many in the community want the same things.

No matter the outcome, the Sales family hopes one thing - That his legacy will set an example for others and inspire other families of children in the LGBTQ community to have a voice.

Jaxon's older brother is also gay, and both Jim and Angie say they are "so proud" of their boys and that they never want another family, LGBTQ or not, to go through the same pain they've experienced.