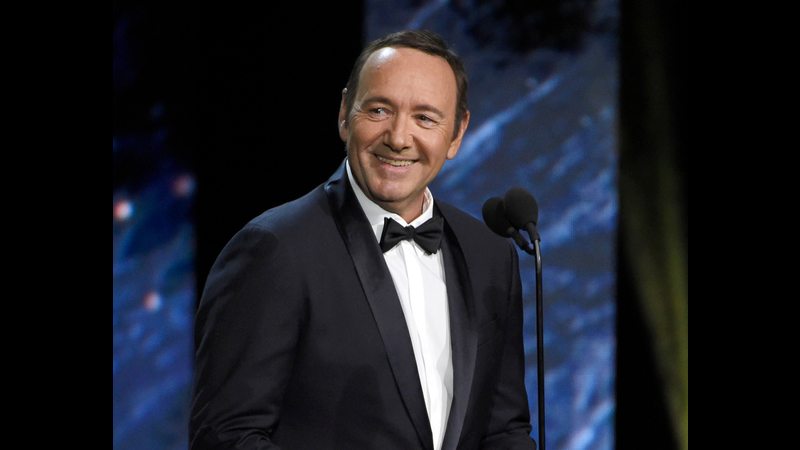 BOSTON -- Actor Kevin Spacey is facing a charge of indecent assault and battery on allegations he sexually assaulted a teenage boy at a restaurant in 2016, and the former "House of Cards" actor has now broken his silence with a bizarre video.

A Massachusetts prosecutor said Spacey is scheduled to be arraigned next month on a charge of indecent assault and battery on allegations he sexually assaulted the son of a Boston television anchor in a Nantucket restaurant.

Cape and Islands District Attorney Michael O'Keefe tells The Boston Globe that Spacey is due in Nantucket District Court on Jan. 7.

O'Keefe says a criminal complaint was issued by a clerk magistrate during a public show-cause hearing on Thursday.

Former news anchor Heather Unruh (UN'-roo) came forward in November 2017 and said the actor stuck his hand down her then-18-year-old son's pants and grabbed his genitals at the Club Car Restaurant in July 2016.

A message seeking comment was left Monday with Spacey spokeswoman Laura Johnson. The actor himself, however, broke his silence Monday since being accused.

Spacey posted a video to Twitter, seemingly as his "House of Cards" character Francis Underwood.

Let Me Be Frank https://t.co/OzVGsX6Xbz

In the video, Spacey, wearing an apron, appears to be in a kitchen while talking directly to the camera. He says, "They may have tried to separate us but what we have is too strong, it's too powerful."

"I told you my deepest, darkest secrets...I shocked you with my honesty but mostly I challenged you and made you think," he said. "...You want me back."

He went on by saying that some have been waiting for him to "confess it all. They're just dying to have me declare that everything said is true, and that I got what I deserved. Wouldn't that be easy?"

He then added that not all would believe it's that simple -- to believe something without having "all the facts."

"I never played by the rules," he added. And you loved it.

Spacey ended his three-minute video talking about an "unsatisfying ending," likely referring to his sudden kill-off from the Netflix show.

"You never actually saw me die, did you?" he asked the camera. "Conclusions can be so deceiving. Miss me?"