"As a public official, sometimes you make powerful enemies," Smith said in a statement Thursday.
KGO
By Amanda del Castillo 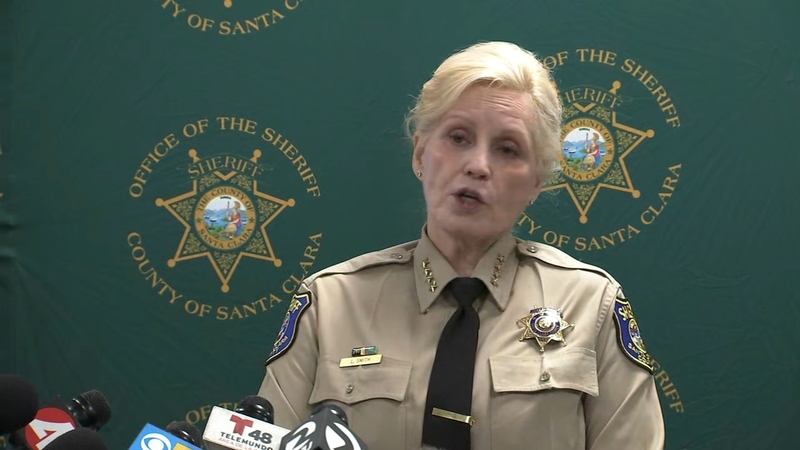 After nearly 50 years with the office, 24 years as sheriff, Smith announced on Thursday that she will not run for re-election this year. She plans to retire in January when her term ends.

"As a public official, sometimes you make powerful enemies," Smith said in a statement released on Thursday.

"I think that it's the best decision that Laurie Smith could have made," Woods shared. "It allows us to restore trust with the institution, where we understand that no leader is larger than the agency that they lead."

Smith has resisted calls for her resignation in recent months over a myriad scandals, including allegations of corruption and jail mismanagement by a grand jury last December.

In January, the California Attorney General's office launched a civil rights investigation into the sheriff's office.

On Thursday, Smith's announcement read in-part, "The truth and evidence is absolutely clear. I have always served the people of Santa Clara County."

Woods told ABC7 News, "This is an opportunity for the people of Santa Clara County to choose the new direction for the Sheriff's Department."

Residents will vote in June and a new sheriff will be sworn in, come January 2023.

Responding to Thursday's development Santa Clara Co. D.A. Jeff Rosen- whose office has been investigating the corruption allegations for years- wrote, "We will soon have a new sheriff. This county deserves a sheriff who has the highest integrity and the trust of the community to protect and serve fairly and professionally."

The County Board of Supervisors passed a vote of "no confidence" against Smith last fall.

County Supervisor Joe Simitian shared this statement, "This is an opportunity for new beginnings; I hope we all take it. These are challenging times for law enforcement. We've got to keep the public safe, and reform the system at the same time. I think we have an opportunity to do that now."

"It's a sign of relief," Sheriff's candidate and retired captain Kevin Jensen told ABC7 News. "It's people showing that we can start a new chapter- that whatever the perception was out there and whatever the reality was out there, that now we're going to have new leadership that can be respected and trusted."

Jensen said he had long-hoped Smith would make the decision that would best serve the office.

"We know what the problems have been for a long time, and this seems like at least one step towards making things better," he shared.

Jensen said he was working at the sheriff's office in the 1980's.

"We were actually partnered up- when she was a brand new sergeant, I was a brand new detective. She chose me for the first detective role in Department of Correction, when the jails were lost back in the 80's," Jensen described. " Somewhere along the way, I had to start calling out what I saw was unethical behavior and mismanagement. And I know that really damaged the relationship. And I suffered for it. And so did people that were close to me, but it was the right thing to do."

In her statement, the sheriff addressed, "I am confident history will show the first elected woman Sheriff to serve in California, was not only honorable-but her accomplishments will speak far louder and be remembered longer than the false stories that will be repudiated by truth. I believe in truth."

Smith's statement continued, "Yet, in the final analysis it would be unfair to the voters of Santa Clara County to force them to make a decision in the middle of a drama not of their making."

"The challenge for the new leadership is to restore trust with the institution," Woods told ABC7 News. "The agency, the sheriff's department itself must have restored trust that will require accountability."

San Jose Mayor Sam Liccardo publicly called for Smith's resignation, though he would not comment on Thursday's development.

Smith has not yet entered a plea for the county accusations. Her next court appearance is expected in April.

The sheriff concluded her announcement by saying, "Thank you again for the opportunity to serve."