Thousands of people formed a human chain across the Golden Gate Bridge in San Francisco to protest the death of Iranian woman Mahsa Amini.

SAN FRANCISCO (KGO) -- The death of 22-year-old Iranian woman Mahsa Amini is sparking outrage worldwide. In the Bay Area, demonstrators descended on the Golden Gate Bridge and gathered at Union Square Sunday to call attention to her death.

Amini was arrested by the country's "morality police" last week after being accused of wearing a loose and improper head covering. She then needed treatment at a hospital and Iranian officials say she died from a "heart attack."

On the Golden Gate Bridge and at Union Square, demonstrators were angry about what happened thousands of miles away in Iran. And they're demanding justice for Amini's death.

They came out in force. A sea of people poured onto the Golden Gate Bridge Sunday -- unified, determined, demanding change. The thousands of people formed a human chain across the bridge.

They say their goal is to stand together and send a message to Iran.

Farzanefar is among the many people moved to take action.

"Mahsa Amini. What does she mean to me? I'm her mother she didn't know she had. She's my daughter. I'm her mother," said Mariyam Ghijar, a demonstrator.

"I think government thought she was no one. She was 22 years old, not from the capitol," said Khosravi.

"We are all Masha. They all the sister, the brother, and she had 80 million as her family. And want to show that to the government," said Khosravi. "That this time, we are not just one person that you can beat and kill during the custody. This time, we are all together and it's different."

At Union Square, more demonstrators were also adamant that change in Iran is necessary and coming.

"This is the time for the world to break silence about the Iranian regime atrocities," said Hamid Azimi from the Iranian American Community of Northern California.

Demonstrations across the Bay Area are raising awareness and, for people like Ann Kutchins, it's making a difference.

"It definitely did. I actually crossed the street. I was going to hold a sign," said Kutchins.

Some say Amini's death has become a spark for change.

"Mahsa Amini is basically the igniter for this uprising," Azimi said. "Everybody who was watching Iranian society knew that the entire society was a power kick. It was ripe for any kind of spark. Masha Amini's death was a spark this time around."

Local organizers estimated about 4,000 to 5,000 people made it onto the Golden Gate Bridge Sunday for the demonstration and human chain.

The CHP say this was the largest demonstration since the pandemic started. 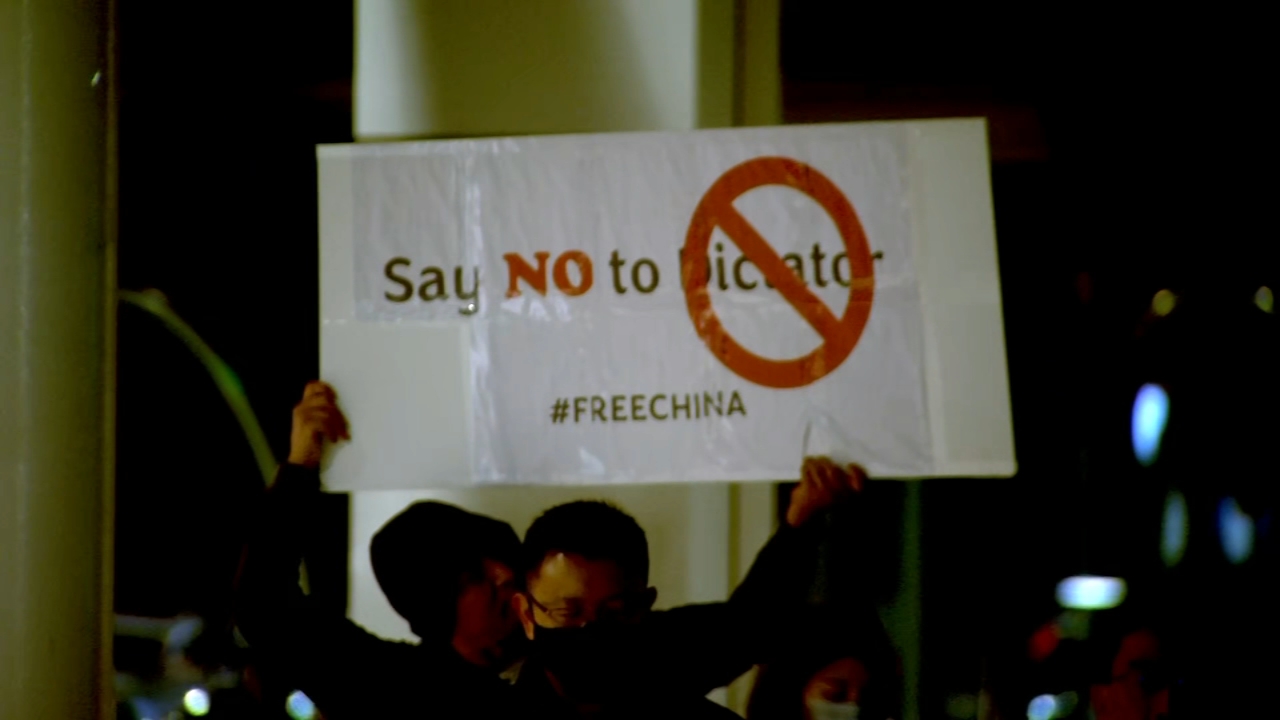