New solution proposed to fix SF's sinking, leaning Millennium Tower, but not everyone agrees with it 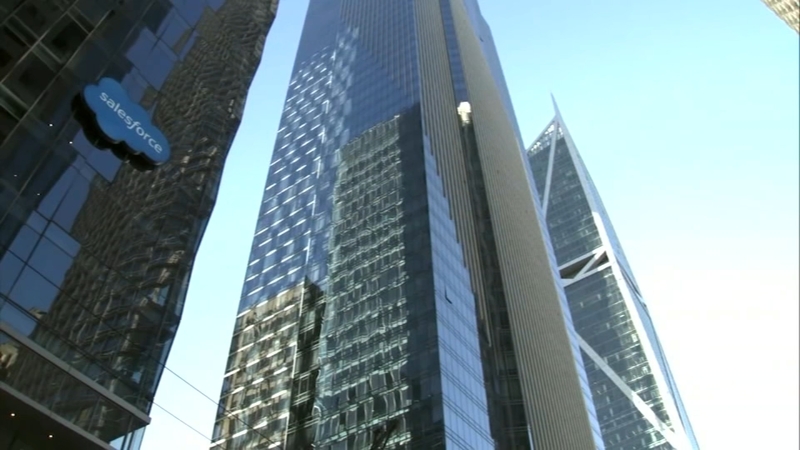 SAN FRANCISCO (KGO) -- The engineer for San Francisco's Millennium Tower fix is proposing a new solution to stop the Mission Street building from sinking any further, but not everyone is convinced.

When it comes to San Francisco's leaning and sinking Millennium Tower, the number one concern, is the building safe?

On Thursday, the structural engineer of record answered that question.

The Board of Supervisors Government Audit and Oversight Committee held a hearing to discuss a new proposed fix of 18 piles instead of the initially proposed 52 pile fix.

"How few piles can we actually install and achieve the project's objectives," said Hamburger.

"I'm not sure how to respond that you all did not ask that question at the beginning," responded Supervisor Aaron Peskin.

"I mean why would you overdesign something and spend tens of millions of dollars more than you had to. I'm not buying it," Peskin later told ABC7 News.

A retrofit that began in May to right the sinking building caused the building to sink even more.

"The cure here looks a lot worse than the disease," said Peskin.

The Department of Building Inspection is providing oversight of the project.

Building representatives say the construction work at San Francisco's Millennium Tower has been halted due to another inch of sinking.

"It's actually normal practice to allow contractor to determine the means and methods," said Neville Pereira with SF DBI.

DBI and the engineering design review team have until the end of February to determine whether or not to accept the new proposed fix.

Not everyone is convinced. Engineer Robert Pyke is not affiliated with the project but has been highly critical of it.

"I don't think this passes the smell test. What is more likely is that the design team is panicking because they're out of time and money provided by the settlement agreements," said Pyke.

"I think it's important that they know that all eyes are upon them," said Peskin.