"They are humans who just want love and acceptance like everyone else."
KGO
By Tara Campbell 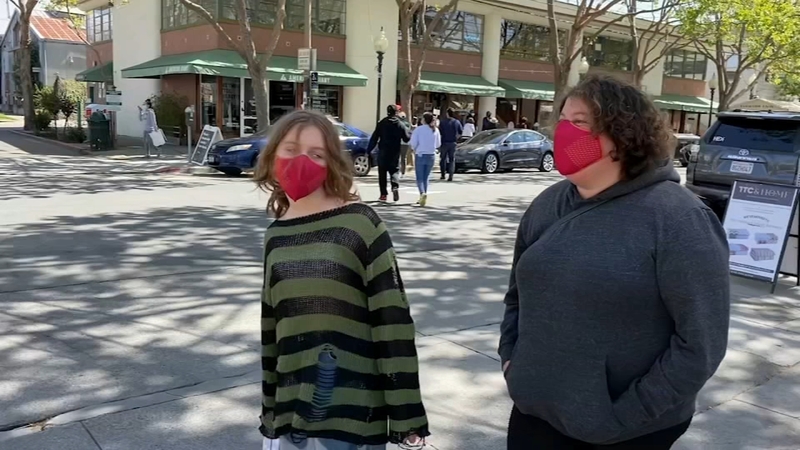 BERKELEY, Calif. (KGO) -- President Joe Biden announced a series of new measures at the White House on International Transgender Day of Visibility on Thursday aimed at protecting and supporting the transgender community, including transgender children.

"This is amazing for my family and so many others. The fact that trans kids need to be protected and seen and validated and loved," said Sara Kaplan, a mother of two transgender children.

The Berkeley resident was having a shopping day with her 10-year-old trans daughter, Olivia on Thursday afternoon.

"It can be very scary if you're child is transgender or non-binary to think of the target they could possibly have on them," said Kaplan.

"Unfortunately bullying has been a massive part of my youngest's year. She's in fourth grade and it's vicious," said Kaplan, who's navigated these waters before with her eldest.

"My children have been bullied and attacked for who they are, so even in Berkeley, it's not perfect," said Kaplan.

And across the nation there's been an attack on the rights of transgender children with hundreds of anti-trans bills being introduced in the past year.

"The anxiety that's been taking place with more than 200 measures out there across the country that are anti-trans bills. It's just terrifying," said Kaplan, noting transgender remodels like Oakland's very own Jeopordy Champ are of utmost importance at this time.

"The more that people like me can be seen, the harder it is to sustain the myths that are kind of driving a lot of this hate and fear," said Schneider, from the White House Thursday. She was invited by the President to mark the momentous day.

"The country overall is on our side and getting more so every day and I think it's not going to be too long before these bills are going to be a thing of the past and no longer what we want to be as a country," said Schneider.

As for young Olivia, her mother is hoping one day people will see her as more than just a gender. "To really see that's quite a small part of them," said Kaplan. "That they are humans who just want love and acceptance like everyone else."