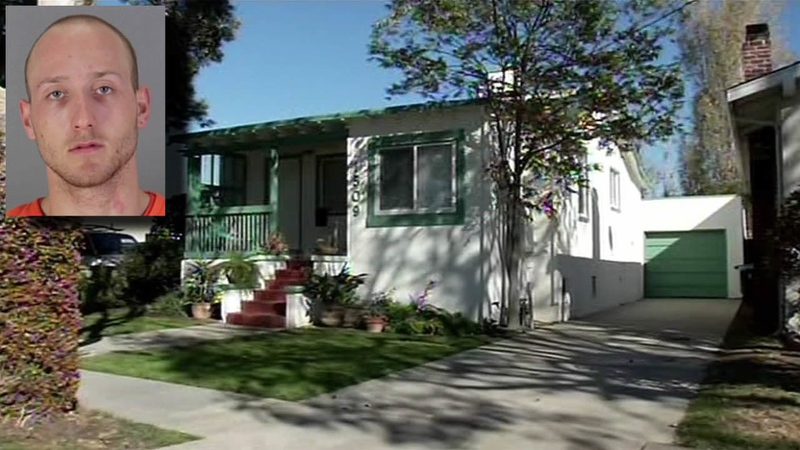 SAN MATEO, Calif. (KGO) -- San Mateo police said they are searching for a suspect accused of fatally stabbing his girlfriend inside her home.

Neighbors said they feared for her as the house had a history of domestic violence. "As soon as I saw the barricades, I thought he finally did it," a neighbor said.

Neighbors said they feared for Colleen Straw, 34, who lived at a house on south B Street. They said her boyfriend was bad news. "Every day there would be two or three bouts of screaming at the top of her lungs, usually her voice is the one I would hear, usually telling him to get out," a neighbor said.

Police said Kirincic stabbed Straw at her home on Saturday afternoon and then took off. She died a short time later.

A tip led police to a parking garage in San Carlos where they found his car and evacuated nearby Sutter Health Urgent Care clinic.

Police searched the building, but found no sign of Kirincic.

Police said they have responded to the victim's house before. "At that particular address, we're working that homicide investigation as we've been there a number of times for domestic violence-related cases," San Mateo Police Department Capt. Dave Norris said.

Melissa Lukin is director of Cora Community Overcoming Relationship Abuse, a women's shelter in San Mateo County. She can't confirm if Straw was a client, but knows she's not to blame. "It's easy to blame the victim for returning to the batterer and I just think it's very important for us to remember that someone chose to take someone's life," she said.

Police said anyone who sees him should call 911.