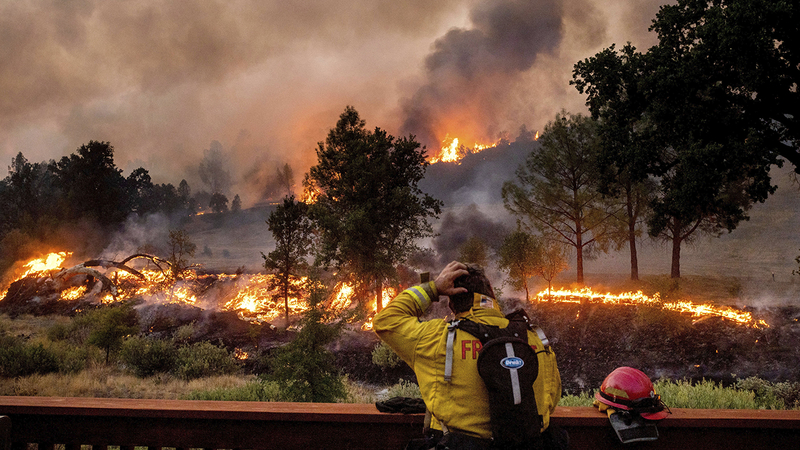 "Cal Fire will continue to maintain staffing to meet any potential threat, as well as maintaining the ability to strategically move resources to areas that remain at a higher threat level," Cal Fire said in a statement.

CAL FIRE Sonoma-Lake-Napa Unit will be transitioning out of Peak Fire Season on Monday, December 28, 2020 at 8:00 a.m.#CALFIRE#CALFIRELNU pic.twitter.com/KLJI9K6oU8

The 2020 fire season was one of the most destructive seasons in recent history, and lasted roughly 30 days longer than the previous two fire seasons.

This year, firefighters responded to 600 wildfires that charred hundreds of thousand of acres across the North Bay.

One of the largest fires was the LNU Lightning Complex fire, which burned more than 363,000 acres in Napa, Lake, Sonoma, Solano and Yolo counties. It was the state's fifth-largest fire in history. Additionally, the Glass fire in Napa and Sonoma counties burned more than 67,000 acres and destroyed 600 homes.