Crime Stoppers and Oakland Police are offering up to a $10,000 reward for information leading to an arrest in this case.

The family of a 28-year-old man murdered in Oakland is asking the public for help finding who killed him.

OAKLAND, Calif. (KGO) -- A family from the Bay Area and in Southern California is in mourning after one of their family members was shot and killed while trying to stop an auto burglary near Oakland's Lake Merritt.

The death of Eric Davis was the city's 127th homicide this year.

Speaking from her car, aunt Karen Holt spoke of her nephew's character.

"He was always looking out for other people. He loves kids, he went to bible study... he gave out turkeys this past Thanksgiving," she said.

It was good intentions and that caring nature which tragically led to 28-year-old Eric's death Sunday evening, just days after Thanksgiving.

"We hadn't seen him since June, so we were happy to have him home. He was hungry! He hadn't had a home-cooked meal from his family for a long time, so he was thankful for that."

Eric, who was from LA, had been living near Lake Merritt the past several years. He recently was helping a friend with a construction project.

His aunt describes him as a young man of faith and character. He was surrounded by love.

"He was very popular. He had a lot of friends, he had a big friend group from Oakland to L.A. Very family-oriented. We have a large family."

Sunday afternoon, Eric noticed his car, parked in the area of Grand and El Embarcadero had been broken into. Oakland Police say when Eric noticed the suspects break into another car, that's when things took a turn.

"The victim interrupted an auto robbery in progress and was shot by the passenger in the suspect vehicle. We do know the suspect vehicle is a Toyota RAV4 in black color. We'll be pushing out a photo of this vehicle within the next day or so," said an OPD spokesperson Monday.

Eric's mother, Katryna Hooker, flew back to L.A. Monday afternoon and said she was devastated, that there were no words to convey her sadness.

As she and her sister Karen try to put the pieces of their shattered life back together, they implore the public with this message.

"The family of Eric Davis, we'd like to ask for the public's help in locating the suspect who murdered a kind, loving son, brother, nephew a hard working young man. He's someone really important for our family. They took someone so important to our family. We love him so much."

Crime Stoppers and Oakland Police are offering up to a $10,000 reward for information leading to an arrest in this case.

Something that can't come soon enough for Eric's aunt Karen.

"He didn't deserve to lose his life... the violence has to stop." 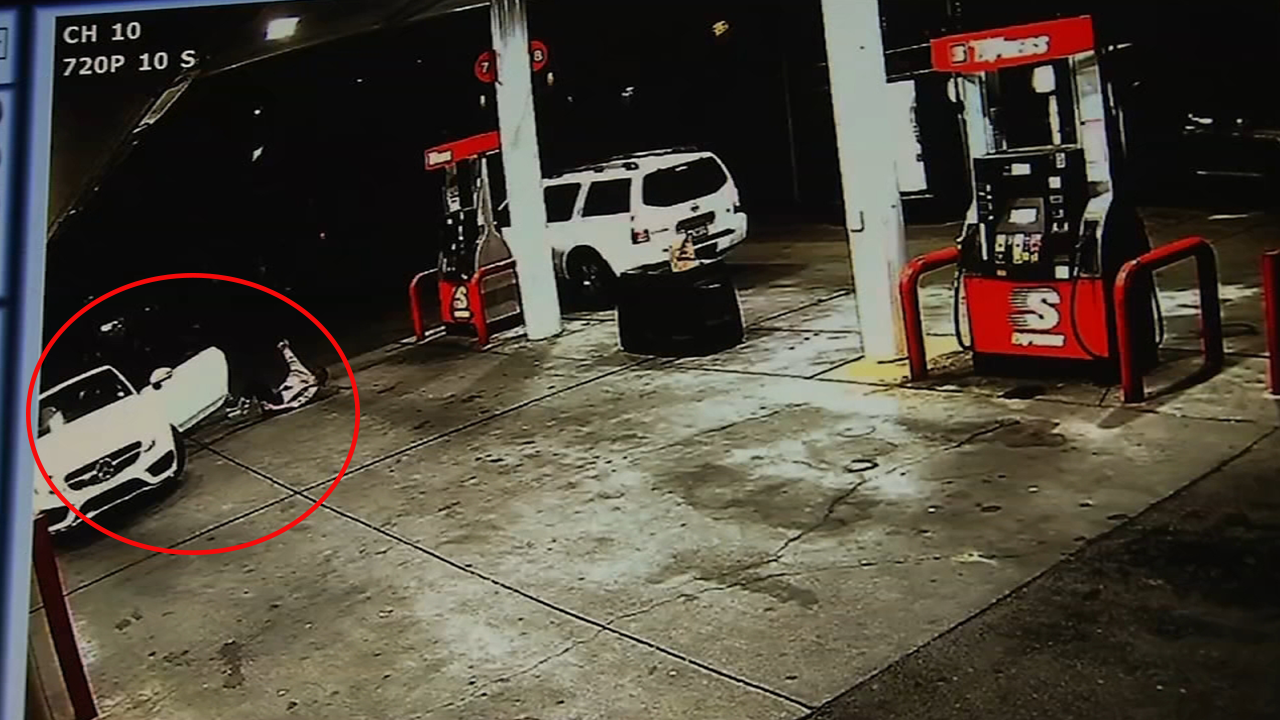