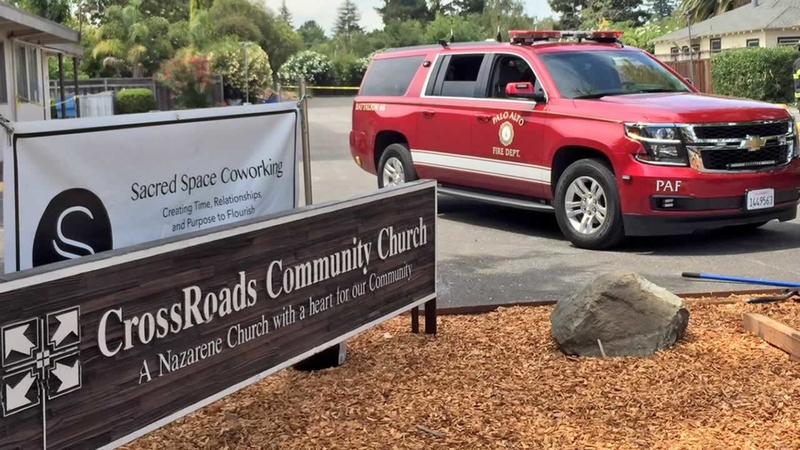 PALO ALTO, Calif. (KGO) -- Officials are investigating a deadly work site accident at a church parking lot on Middlefield Road in Palo Alto, according to Cal/OSHA, the state program responsible for protecting the health and safety of workers.

The incident was first reported around 8:45 a.m. Thursday just outside the Crossroads Community Church. A police sergeant nearby jumped into action after being flagged down by the victim's co-worker.

"He was immediately able to go into that parking lot, assess the situation, see if there was anything he could do to help medically, and then immediately called two other officers who were in the area," said Palo Alto police spokesperson Janine De la Vega.

The victim, who has not been identified, died at the scene as a result of his injuries. Middlefield Road, between Oregon Expressway and Marion Ave. was shut down for part of the day due to the investigation, but all lanes were back open by mid-afternoon.

"Once the facts have been gathered, investigators will determine if there were any violations of California's workplace safety and health regulations," said Lucas Brown, a spokesperson with Cal/OSHA. "If any violations are found, the employer will be cited and penalties assessed based on the nature and seriousness of the violations."

Cal/OSHA, the lead agency on the investigation, says the victim was employed by K.C. Paving. The company was on-site to seal the parking lot, according to Crossroads pastor Jake Duckworth.

"Our hearts break for those who have lost a loved one in this event and our prayers are with them as they mourn," said Duckworth.

Cal/OSHA has up to six months to complete its investigation.

K.C. Paving did not return our request for comment.