Police say the suspect was a patient at Regional Medical Center in San Jose.
KGO 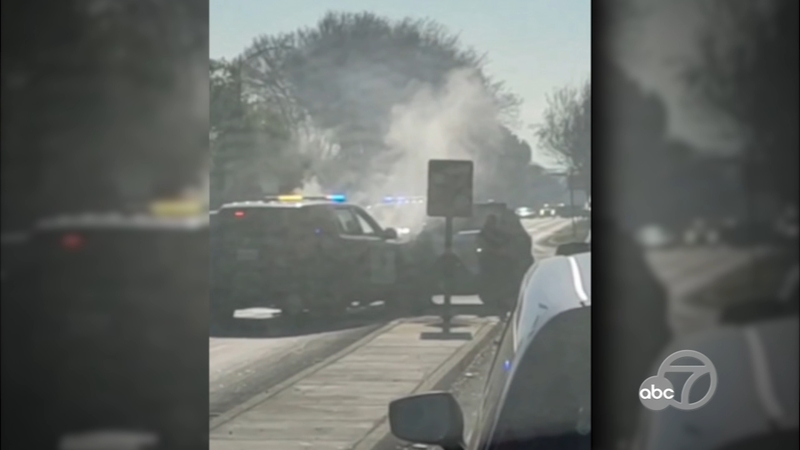 They say the man was a patient at Regional Medical Center and got into a fight with security this afternoon.

An officer spotted him near the hospital and got out of his SUV to chase him, leaving the vehicle running.

Police say the suspect was able to get into the running car and start driving.

He crashed into one car and tried to drive off, when he hit another police SUV head-on.

Two officers suffered minor injuries and the suspect was taken into custody.

A driver sped the wrong way down a freeway in Vallejo in a desperate effort to escape police on Saturday night.