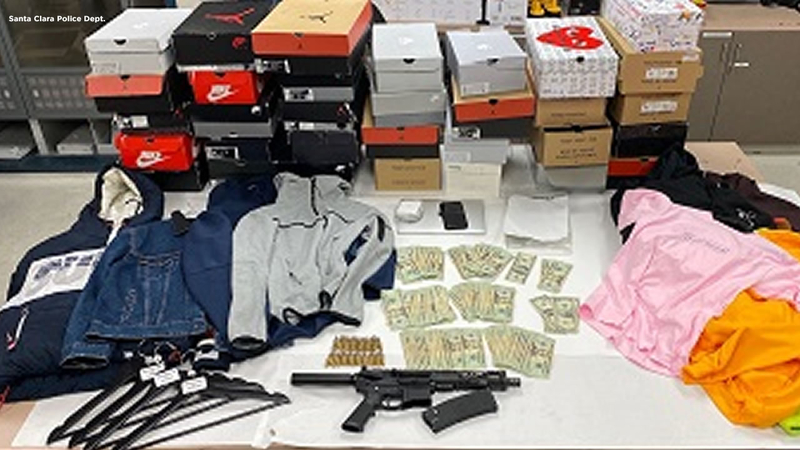 SANTA CLARA, Calif. (KGO) -- A man who prosecutors say was part of a group burglary at a high-end sneaker store, not once, but twice last year was arraigned in Santa Clara on Tuesday.

The Santa Clara District Attorney says 19-year-old Gregory Jefferson was one of the dozens of people who broke into the Fix Kicks store in the Santa Clara Town Center twice last November.

Police arrested Jefferson at his home in Pittsburg and found 30 boxes of sneakers, hangers with the store's name on them, and a ghost gun.

Investigators say nearly $200,000 worth of merchandise was stolen from "Fix Kicks," which was forced to close its brick and mortar location and move all sales to online.

Clothing store Prime 356 was hit hard Monday by burglars. Video shows a chain of thieves rushing through the store until it was nearly empty.