$30K a month for guards: Businesses beef-up security across the Bay Area amid robberies

Another store delayed their opening install $10,000 worth of gates and cameras.
KGO
By Dion Lim 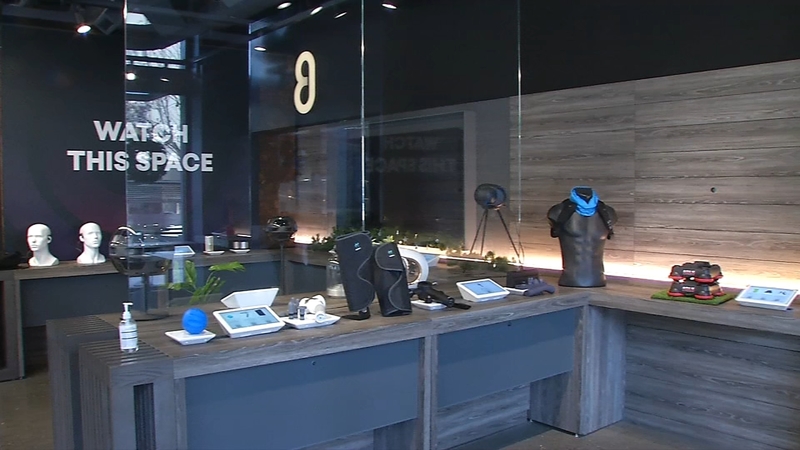 HAYES VALLEY, SAN FRANCISCO (KGO) -- As we make a return to in-person shopping this Black Friday, shoppers and businesses are in a different mood amid a rash of high-profile mass robberies. Some businesses are going to extra lengths to prevent theft and keep their staff... and customers safe.

For innovation products store b8ta, for example, the return of Black Friday shopping came with round-the-clock security at a cost of a whopping $30,000 a month.

"It can be daunting and overwhelming if you try to calculate what you have to sell to make that worthwhile," says general manager of the Hayes Valley location.

Russell's location closed earlier this year to protect staff because of retail theft. He was even held at gunpoint for laptops, as seen in surveillance video from February. In it, a man rides a scooter into the store, brandishes a weapon which he points at Russell, and then proceeds to load several high-ticket devices into a messenger bag. Russell says despite the cost, safety for their workers and customers will come first... profits, later.

"In the end we will make that up. We will do that in the future but right now our priority is safety. The people will come if we create a great experience."

Electric cycle shop High Road Bike Co across the street from b8ta, delayed their opening install $10,000 worth of gates and cameras. They also plan to open later in the day when more people are present on the streets.

Clothing store Prime 356 was hit hard Monday by burglars. Video shows a chain of thieves rushing through the store until it was nearly empty.

The extra precautions come during a time when retail theft mobs have hit across the Bay Area from the high-profile Louis Vuitton robbery in San Francisco's Union Square... to independently owned Wellspring Pharmacy in Oakland.

80 people stormed the Walnut Creek Nordstrom on Nov. 20, and thieves also targeted the Topanga Nordstrom in Southern California on Wednesday. The Corte Madera location was even targeted by thieves in August.

Shoppers we spoke with noticed the beefed up security measures at that location.

"There are definitely more presences of police officers for sure. The entry and exit point are all closed off today," said one man, shopping with his wife.

One family we spoke to felt more reassured.

"It depends on the location, for this mall we felt totally fine coming out," said the father.