San Francisco police arrested a man accused of spray-painting several locations in the city with the words: "No more Chinese."

SAN FRANCISCO (KGO) -- San Francisco police arrested a man in connection with anti-Chinese graffiti reported in the city's Portola neighborhood over the weekend.

Officers received a report Monday that the words "No more Chinese" were spray-painted in several locations in the neighborhood. The words appeared to have been written on Sunday, but investigators did not release the exact times the vandalism occurred.

The graffiti has been covered over and police said they are investigating the case as a hate crime.

The vandalism sparked outrage in the community and on social media.

Investigators say Schenone was motivated by hate. The community quickly stepped in to erase the slurs and also to help investigators with tips. "As you know the Chinese community as well as the community in which these incidents happen are rallying around their Chinese brothers and sisters. This is a very diverse city. We will not tolerate this type of crime in the city," San Francisco Police Department Ofc. Grace Gatpandan said.

The graffiti shocked and hurt people who saw it. "I don't know what we have done to deserve this," one man said.

There was speculation that this was the work of someone who lives in the neighborhood and that appears to be the case. One of the messages was sprayed right on the street outside the suspect's home.

There is relief someone was quickly arrested. "It's one thing to have an opinion. It's another to put it on the wall and make other people feel unsafe," Bianca Pinedo said.

Although an arrest has been made, police are still looking for more information and video. 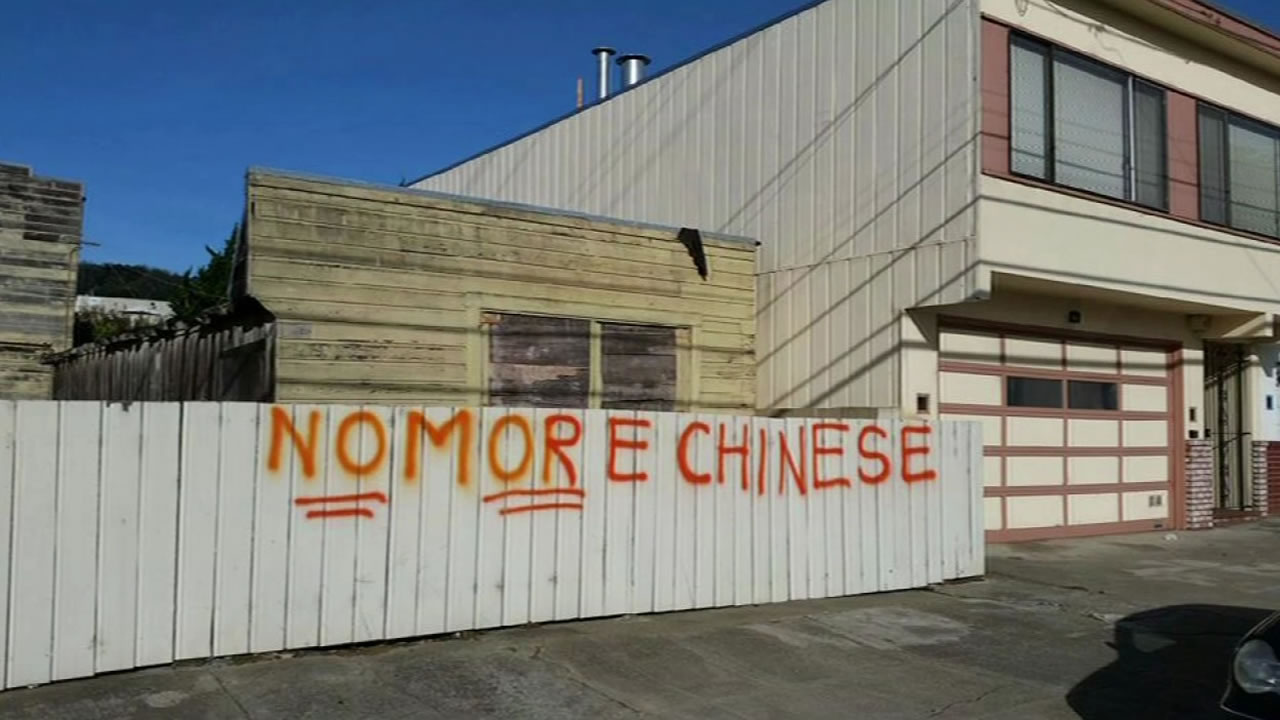