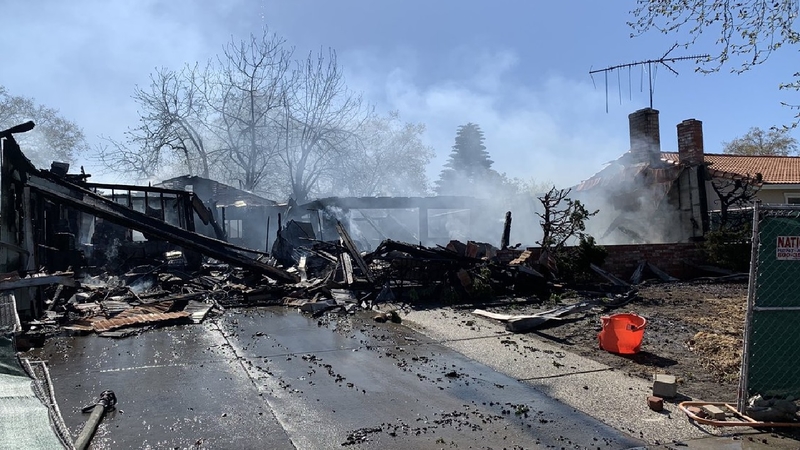 Crews reported to the scene in the 1000 block of Wilsham Dr. at approximately 10:12a.m., according to officials.

As firefighters were battling the blaze, they found one deceased victim inside the home, according to Sean Lovens, fire captain at San Jose fire department.

Another person was transported to the hospital with burn injuries.

UPDATE: Wilsham Dr. fire under control 1157 hrs - 1 deceased victim located inside the structure. Cause of fire under investigation. pic.twitter.com/Vln6Yozx4C

The fire was put out just before noon.

Black smoke was seen from one of our ABC7 tower cameras when the fire first broke out.