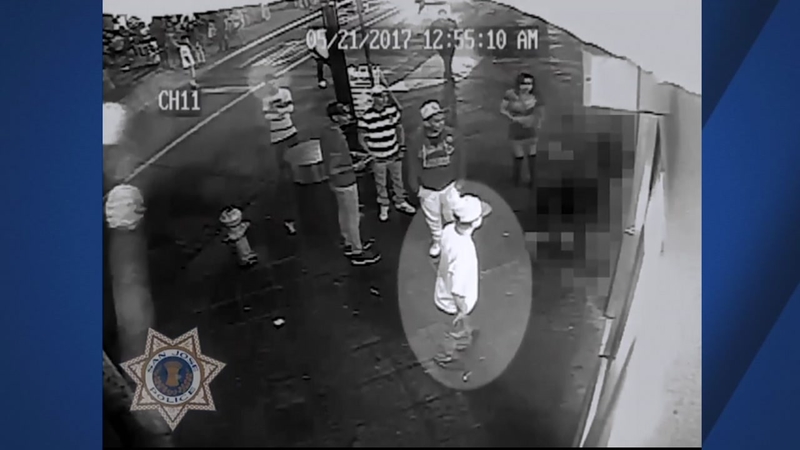 SAN JOSE, Calif. (KGO) -- There are new developments in the case of a San Jose State football player seriously injured in a stabbing.

Surveillance video has been released of the suspects in the stabbing of a San Jose State football player on Sunday morning.

One of the suspects was wearing a white shirt -- he's believed to be a Latino man between 20 to 30 years old. He has his hair shaved on the sides, but it's longer on the top. The other man is described as being either Asian or Latino in his 20s. He is heavyset with a mustache, beard and has a ponytail. He was also wearing an oversized white shirt that night.

Police say on Sunday morning, a fight broke out and one of the suspects pulled out a knife and the other stabbed San Jose State football player Chad Miller. Miller is from Vallejo and plays safety on the Spartans. The junior was stabbed in the stomach and was listed in critical condition, but we're hearing he is expected to make a full recovery.

If you recognized either of the men on the video, you're asked to call police, you can do so anonymously.