"The message is: please use a crosswalk, especially at night, especially on an expressway."
KGO
By Dustin Dorsey 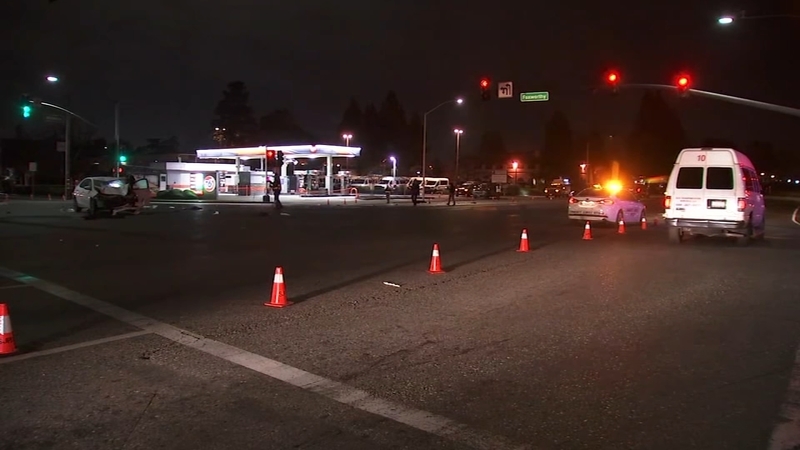 Now, the city may be on its way to a milestone, but it's a record city leaders don't want to break.

Three people were hit by a car along Almaden Expressway in San Jose last night.

It happened just before 8:30 p.m. at Almaden Expressway and Foxworthy Avenue.

San Jose police says two of the three pedestrians were pronounced dead at local hospitals. The third pedestrian is injured, but expected to survive.

Police say the driver had a green light, yet two more lives lost after a record-tying 60 traffic deaths in 2021.

"This is a terrible start to the year. This time last year, we had one traffic fatality on San Jose streets," City of San Jose Department of Transportation Public Information Officer Colin Heyne said. "Last night's two fatalities were our sixth and seventh."

This is also the fourth and fifth pedestrian fatality of 2022 according to police.

The City of San Jose's Department of Transportation says Almaden Expressway is one of seventeen priority safety corridors: big streets, with lots of lanes and high speeds.

Police say speed was not an issue Tuesday night, but it's a point the D.O.T. wants to make to residents.

"Our ask to the public is to slow down, first and foremost," Heyne said. "Our other ask is to pay attention and that obviously applies to everybody using the road."

In the accident Tuesday night, the three people involved were not using crosswalks to cross the street.

In fact, police say that's the case most of the time in pedestrian traffic fatalities.

"I believe all of our pedestrian fatalities this year have been people that are outside of crosswalks," Sgt. Camarillo said. "The message is: please use a crosswalk, especially at night, especially on an expressway."

But, leaders say it ultimately comes down to all of us.

"People don't decide to crash their car into somebody or get hit," Heyne said. "So it's up to everybody to pay attention when they're out there using the road."

"It's going to take a collaborative effort from not only drivers, pedestrians but us as well," Sgt. Camarillo said.