The laptops and cellphones were meant for low-income families as their kids undergo cancer and other life-threatening illnesses.
KGO
By Dion Lim 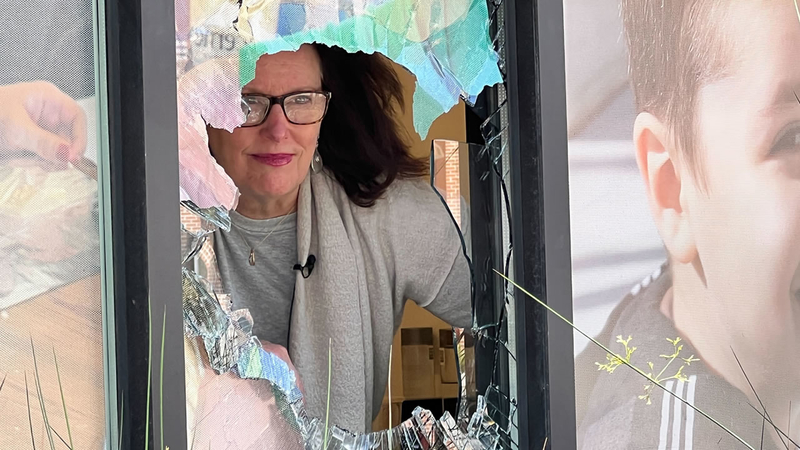 SAN FRANCISCO (KGO) -- A San Francisco nonprofit, which helps low-income families as their children undergo cancer and other life-threatening illnesses at UCSF Benioff Children's Hospital, is picking up the pieces after a brazen break-in Wednesday night

The orange plywood board going up outside Family House in San Francisco's Mission Bay neighborhood may seem small from the outside. But it illustrates a big problem.

"My heart sank," said Family House CEO Alexandra Morgan "It made me sad and I felt scared for our community."

Morgan gestures to the IT room where glass is scattered on the ground after someone threw a paver rock through a window at around 6:15 p.m.

"The person smashed this," she said. "Reached in and grabbed whatever he could and ran off."

The items taken include laptops and cellphones, which are vital lifelines for the 80 families who stay there each night. These are families of children being treated at nearby UCSF.

"These computers are a lifeline to home for our families," Morgan said. "They all come from at least 50 miles away."

They are families like Arin Strong's. His family is from Seattle and they've been staying in a family unit since March 28. Strong's daughter, Cece, is 12 and just underwent her second open heart surgery.

"It's really nice you don't have to worry about a place to stay, extra cost and burden, just focus on your kid," said Strong as he showed off photos of Cece playing ice hockey and then in the hospital watching movies with her mother.

According to Family House, police responded quickly after the break-in, which was not surprising to Morgan, given there is a police station right across the street. For her, this incident was an example of how crime can happen anywhere.

"I thought because we care so much for people who need help, I thought we were a little bit exempt, but we're not," she said. "No one is exempt from what is happening in our city today."

As the nonprofit cleans up the mess left behind by the suspect, they send this message of gratitude to San Francisco: "We exist because of the kindness of this community."

The nonprofit just wants to get the word out about what happened, so others can be aware. So they can continue to serve more families in need of a little TLC.

If you'd like to help, go here to donate to Family House.