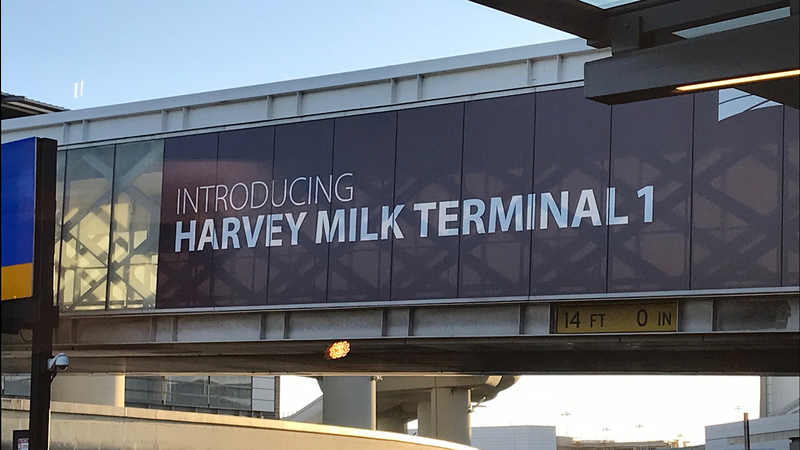 SAN FRANCISCO (KGO) -- Phase one of the new Terminal 1 at San Francisco International Airport is officially open. The terminal was renamed in honor of Harvey Milk.

They opened nine gates today, Southwest and Jetblue will be using them. A 380-foot display wall with art and pictures highlighting the life of Harvey Milk is on display in the terminal.

Milk was a San Francisco supervisor and civil rights activist he was killed in 1978. Airport officials say this is the first terminal in the world to be named after an LGBT leader.

The terminal will be open in phases and will eventually have 25 gates.

The new terminal at SFO is now open! Officials say it is the first one in the world to be named after an LGBT 🏳️‍🌈 leader. pic.twitter.com/m4n4O94vfd

The new Harvey Milk terminal is now open at SFO. The first flights out of here are on their way- one to Vegas, the other to New York. pic.twitter.com/Ki6UZCGMlt