The film raked in an estimated $71.4 million between Friday and Sunday this Labor Day weekend, traditionally a slow time for movies.

"Shang-Chi" is getting rave reviews from fans and critics alike, but more than that, it is also being hailed as a groundbreaking project, as the first Marvel epic to feature an Asian hero, predominantly Asian cast, and Asian director.

The actor propelled to sudden super stardom is 33-year-old Chinese-Canadian Simu Liu, who had previously starred in the Canadian comedy series "Kim's Convenience" and famously tweeted a request to Marvel Studios to play the leading role back in 2018.

Liu was in San Francisco on Sunday, promoting the film and throwing out the first pitch at the Giants game. He sat down with ABC7 News Anchor Kristen Sze at the Fairmont Hotel, prominently featured in the film, and talked about "Shang-Chi's" enormous success.

"I mean this is incredible. It's such a dream come true for so many reasons. I've wanted to play a superhero pretty much my whole life. Before I knew they were in movies, I just wanted to be a superhero."

But the son of immigrant parents born in China and raised in Toronto never imagined his superhero dreams become reality.

"That's a hard no. I had no idea what I had for my plan. I mean I went to school for accounting so that just goes to show you how confident I was, and how everything was going to turn out."

Liu credits the film's huge reception to the quality of the film, and its groundbreaking nature. ABC-7 News has talked to many Asian-Americans who had been thirsty for this type of big screen representation, to be seen, to be heroes of their own stories at a time for rising animosity toward the AAPI community. Groups like Gold House organized buy outs of movie theaters opening weekend, aware that Shang-Chi's success will push studios to greenlight more AAPI projects in the future.

"To see so many people from the community come out and support the movie as well, seeing all the theater buy outs and the grassroots campaigns, that is the engine that's propelling this movie forward."

Fans of Liu on social media embrace his authentic, humorous persona. He has often his love of boba, karaoke and video games in his posts. During the interview, Liu sang part of his go-to song, "A Whole New World," and revealed that his favorite place in all of San Francisco is Boba Guys.

Liu also shared that his parents are incredibly proud of him, and yes, they still give him acting notes.

Disney is the parent company of Marvel and this station.

Kevin Bacon talks about 'The Guardians of the Galaxy Holiday Special' 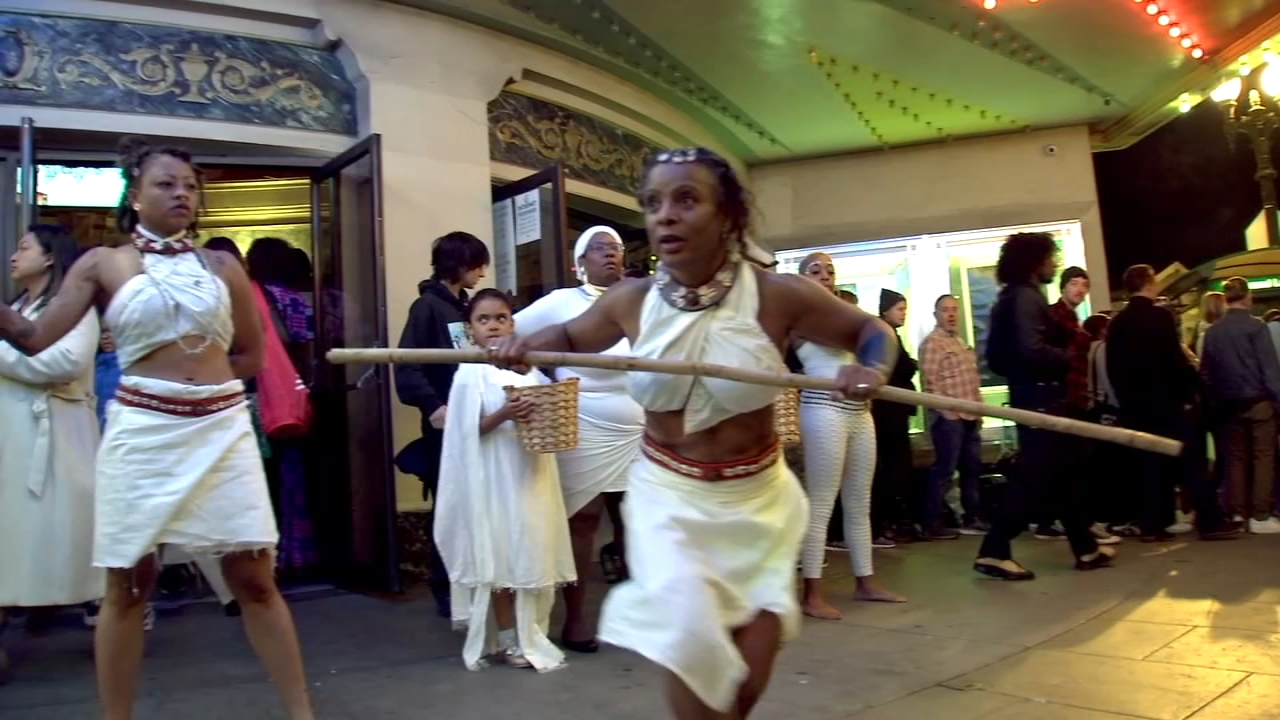