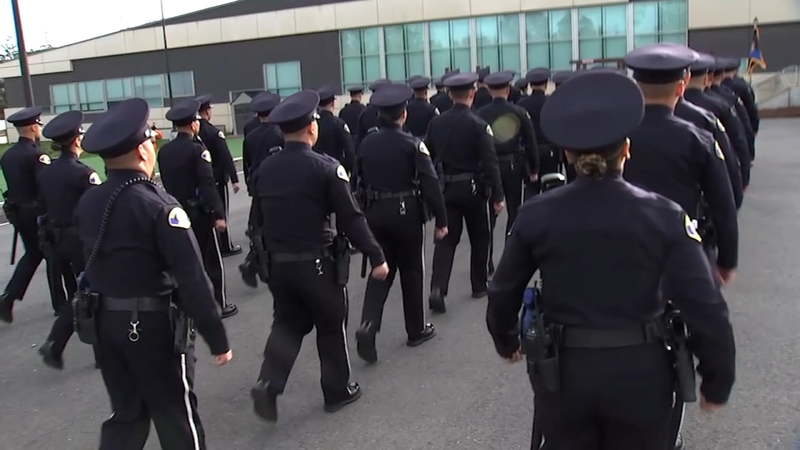 SJPD's credibility in question after reports of officer misconduct

SAN JOSE, Calif. (KGO) -- The San Jose Police Department is facing backlash due to several instances of officer misconduct as of late and it could create legal issues.

Mayor Sam Liccardo is now at a breaking point after at least four issues of officer misconduct have come to light recently.

"We have a serious problem with SJPD," Mayor Liccardo said.

SJPD Chief Anthony Mata was seen yesterday escorting Officer Matthew Dominguez out of Internal Affairs after he was arrested for indecent exposure while on duty.

Despite the video shared by police, Civil Rights Lawyer John Burris worries accountability may not actually be demonstrated.

He says officers accused of showing up drunk on the job, indecent exposure, dying from drugs, and offering a meth pipe in exchange for information should not happen if there are true consequences to actions.

"There has to be a sense that officers are gonna be held accountable for misconduct, whether they injure someone or they're in violation of the various rules that they have," Burris said. "If you don't do that, then you send a clear message to your officers that the rules don't matter and you're going to be protected no matter what."

With the department already facing staffing shortages and these events involving young officers, many are questioning the SJPD hiring process.

"Given that these tend to be very young officers, which tells me there may be something seriously wrong with whatever we're doing with screening and backgrounding and we need to figure that out," Liccardo said. "We need to fix it."

Because if they don't, legal analyst Steve Clark says it will lead to a legal ripple effect.

Clarks says cases can be overturned due to lack of credibility if these officers accused of misconduct made past arrests and it could be felt department-wide.

At least three officers remain on leave due to the recent events.