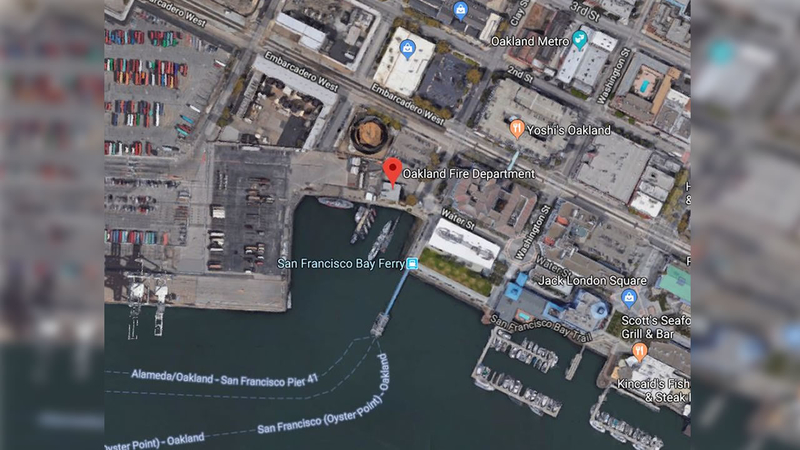 What is the best way to BART to possible A's new stadium?

OAKLAND, Calif. (KGO) -- When the Oakland Athletics announced their intentions to build a ballpark on the Howard Terminal site next to Jack London Square, people quickly voiced their concerns over transportation options.

The Oakland Coliseum may not be in the most desirable location, but it does have a massive parking lot and conveniently close proximity to BART.

A Howard Terminal stadium would have a desirable waterfront location and more favorable pre and post-game dining and hangout options.

The question lingers - How hard will it actually be for fans to access the stadium via public transportation?

ABC7's Casey Pratt and Newballpark.org writer Jeff August decided to put boots on the ground to find out just how practical the options really are.

RELATED: How to get to the Oakland A's new stadium at Howard Terminal

They chose to test out BART because it will likely be the most commonly used mode of transportation.

To give a baseline for their research, they started out by walking from the Oakland Coliseum BART gates to Championship Plaza, where the food trucks are stationed on game-days.

Then, they walked from Lake Merritt Bart to Howard Terminal and repeated the walk from the 12th Street Station - live streaming on Facebook the whole way.

They call it the Howard Terminal Experiment.!

Review: Simple, straight-forward, clean and easy. Most fans have grown accustomed to this trek. The only negative is that there are no restaurants, shops or pit-stops until you reach the stadium, unless you count street vendors.

Review: Lots of crosswalks, mild confusion, an abundance of dining and pit-stop options. We decided to tackle the longest walk first. Jeff lives in Pleasanton, I live in Livermore, so we thought this may be the best BART option for Tri-Valley residents since there is no transfer involved. We were wrong. The walk is do-able and not too taxing, but you spend a lot of time waiting at crosswalks and crossing busy streets. If you look at the map, you can also see where we accidentally made a wrong turn and almost walked to Alameda - but hey, we were live streaming and talking so we were distracted.

Watch Casey and Jeff's livestream adventure to see for yourself what the journey looks like!

Review: Easy to navigate with very few turns, wide sidewalks, and much fewer crosswalks. There are ample dining, shopping, and pit-stop options. This route is worth the BART transfer. The first thing we noticed is that the BART walk is actually fun. Unlike the Coliseum, there are plenty of places to hangout and socialize along the way. At one point we even ran into Marshawn Lynch in front of the Beast Mode store along the route. 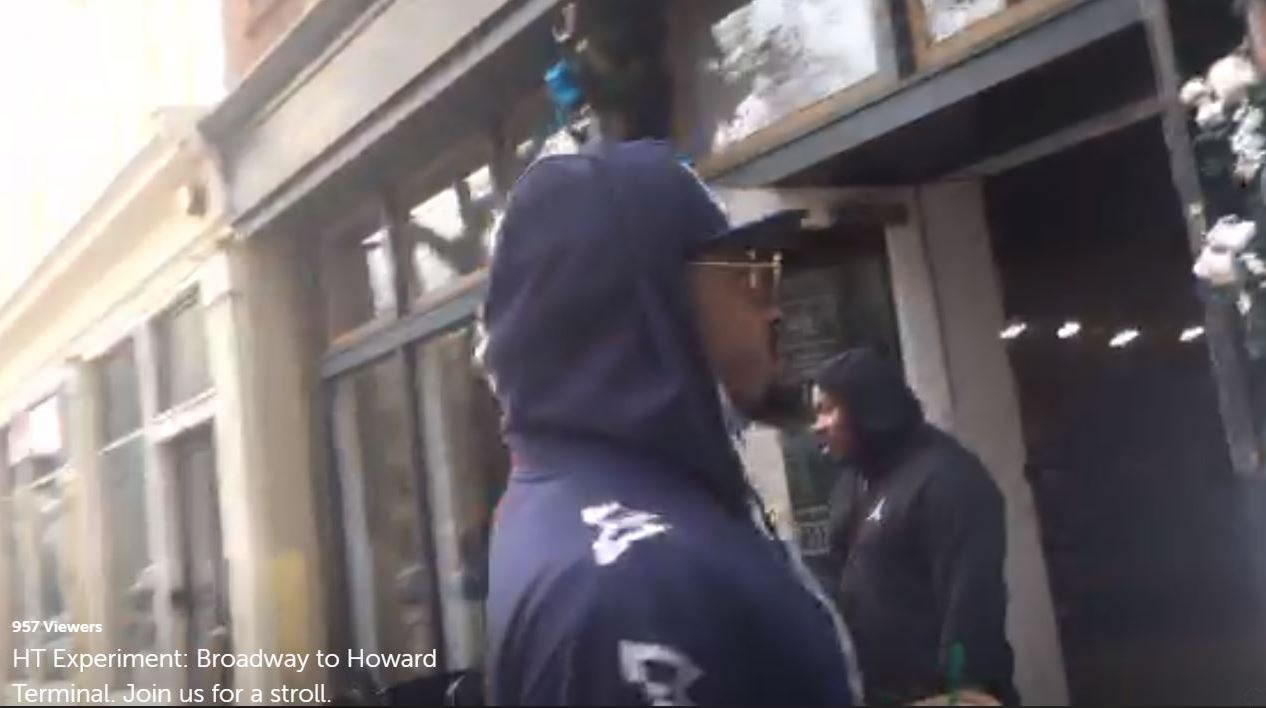 More notably, about 0.4 miles into the walk, the same distance from BART to Oakland Coliseum, you are already at Jack London Square, which is going to be a vibrant hub of A's fan activity on game-days. As you make the walk, you can visualize the game-day vibe as you approach the waterfront.

The sidewalk on Broadway heading to Jack London Square is wide and I could see traffic officers helping navigate the hordes of fans through the crosswalks. The City will probably need to do something to brighten and cleanup the 880 overpass between 5th and 6th streets. It is dimly lit and had several people in tents under it. Whether you BART from Lake Merritt or 12th Street, you'll hit this portion of Broadway.

Once you approach Jack London Square, you need to cross train tracks. It wasn't an issue for the two of us, but it will be problematic for a large gameday crowd unless there are some fences and a pedestrian bridge.

The route from Jack London Square to Howard Terminal will need some work, too. They could create a straight shot to the ballpark by removing the fire station located on 47 Clay Street, making it a pretty easy and direct trek that keeps people on a dedicated waterfront walkway. 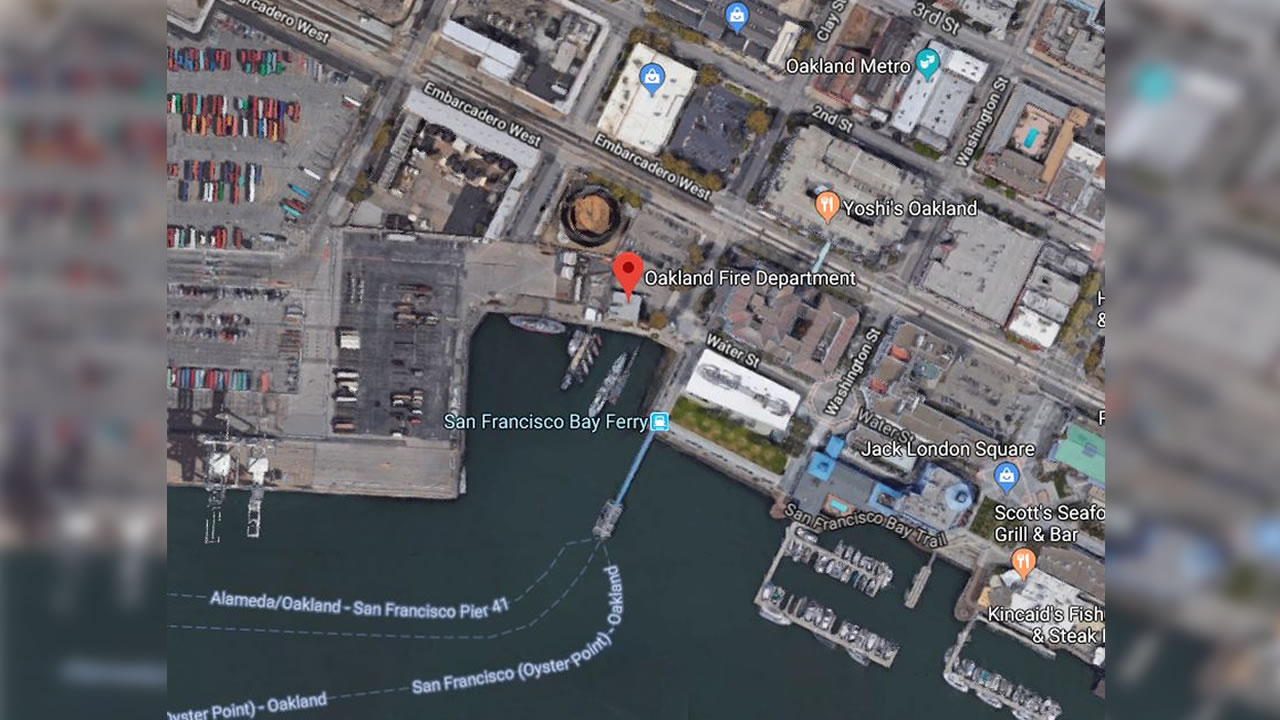 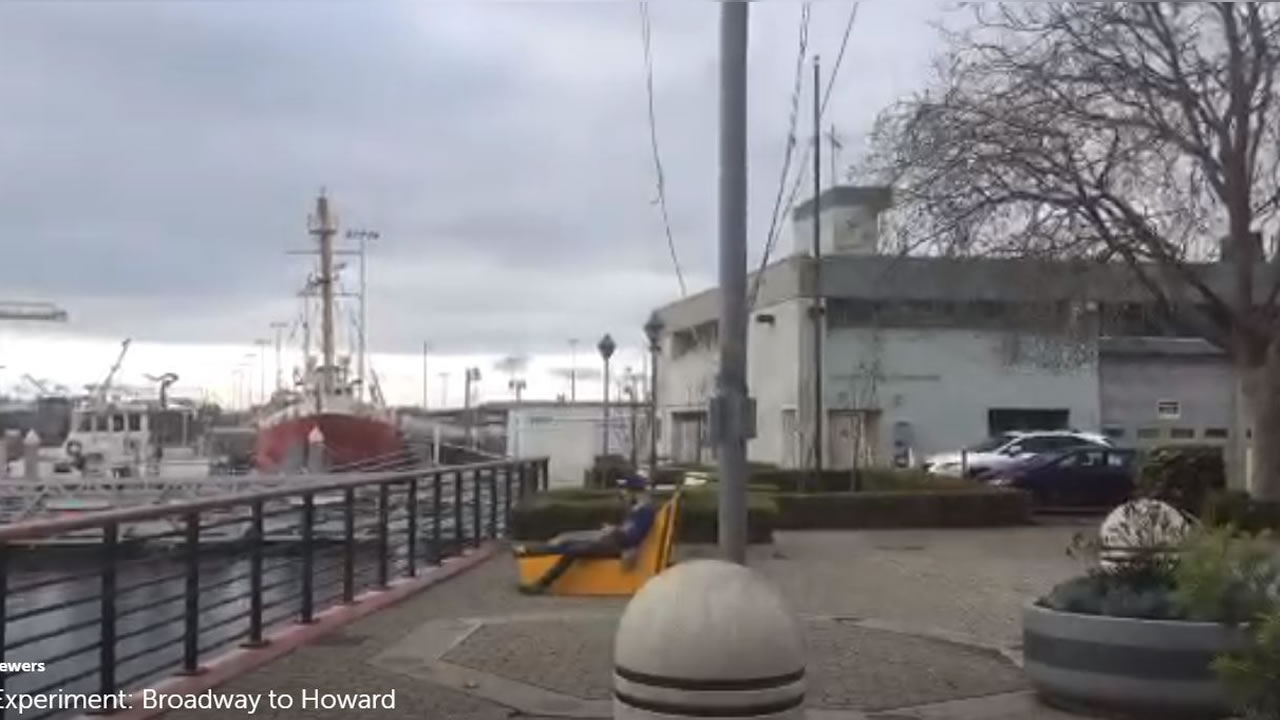 As it stands now, you have to walk down a chewed up Embarcadero West with very thin sidewalks that are in various states of disrepair.

They could close that section of roadway near game-time, creating a much larger walkway, but you're still walking along the train tracks. 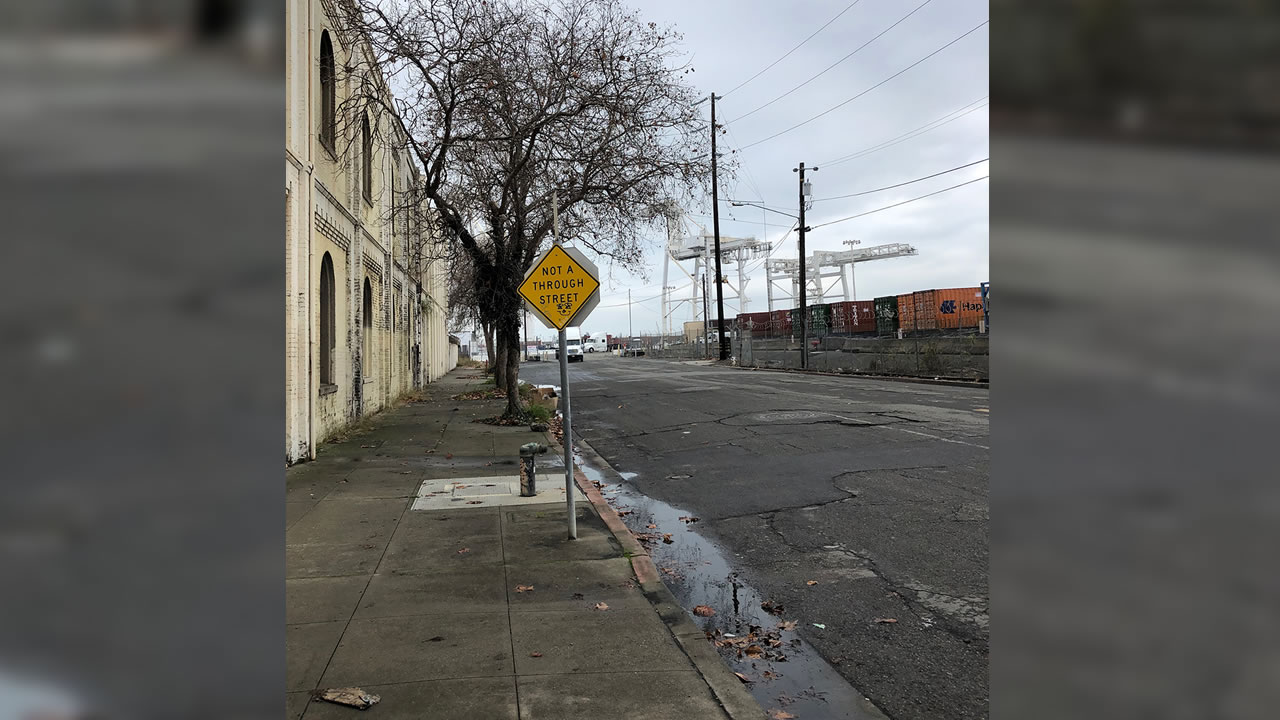 It's also very important to note that there will need to be access options for folks with disabilities. We have to keep in mind a one-mile walk isn't a reasonable expectation for all people. The A's will surely have a plan in place to help accommodate everyone. There will be some on-site parking, but I don't know how many spots there will be yet.

Overall, Jeff and I walked at a leisurely pace while livestreaming and talking baseball. Heading into the experiment, the distances seemed a bit daunting on paper, but in reality, it wasn't bad at all. I left thinking the 12th Street to Howard Terminal walk seemed really practical.

To paint the picture of how simple it truly was, we actually did that walk after walking Coliseum Station to Championship Plaza and back, then walking Lake Merritt BART to Howard Terminal and back to 12th Street - Meaning we walked about 3.2 miles before even starting the 12th Street to Howard Terminal trek, and we aren't exactly in world-class shape or anything - OK maybe Jeff is.

BART will still likely be the way the majority of fans experience game-day, but there will also be options to take the train, ferry, or drive - but parking will be spread out. If the A's and Oakland can pull off the Aerial Gondola, all of this becomes much, simpler.

Thanks for joining us on our journey.