The drugs and techniques used in the process are already FDA approved. Now, the challenge for the Stanford team will be to move the clinical trials to larger animals, and, if successful, to humans.
KGO
By Dan Ashley & Tim Didion 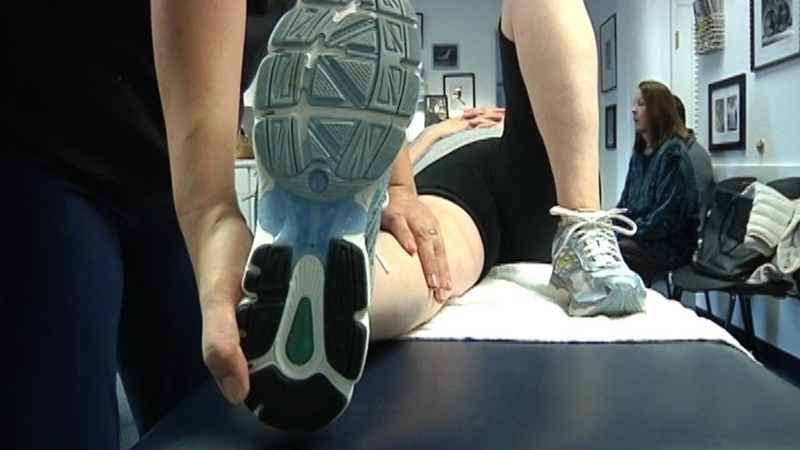 Stanford on the trail of knee regeneration

PALO ALTO, Calif. (KGO) -- If you suffer from joint pain, a new study out of Stanford could hold the possibility of relief, and a time in the future when doctors tune up our joints almost the way we service our cars.

Dr. Longaker and his team at Stanford believe they've isolated a technique that could potentially rejuvenate knee joints.

Their target is the shiny surface, known as articular cartilage. When it's damaged, bone can rub on bone, triggering severe pain. One of the few options has been a surgical treatment known as microfracture, which triggers scarring.

"Orthopedic surgeons do these small drill holes and say whatever cell comes up in the bleeding, then each step we take will become a scar cartilage," Dr. Longaker explains.

A Bay Area man, paralyzed from the neck down, is walking again thanks to a new medical innovation.

While it does get many patients back on the road again, he says the scar tissue, also known a fibrocartilage, lacks the cushion and durability of natural cartilage. But in a critical discovery, Stanford scientists confirmed that skeletal stem cells in bone actually have the ability to grow different materials, including bone, spongy bone, scar-cartilage, and natural cartilage.

"So all we had to do was compare these different processes and figure out how to shut down the bone and fibroblast making process, and then the stem cell makes cartilage exclusively," explains co-investigator Charles Chan, Ph.D.

Dr. Chan says the answer was addition by subtraction. Using the microfracture technique in mice, the Stanford team introduced a drug called Infuse, which stimulates bone growth. But then, they mixed in another agent, similar to the cancer drug Avastin, which blocked part of the bone-making process. The result: the stem cells created natural cartilage instead.

"So now we had something I really thought was doable," says Dr. Longaker.

He says all of the drugs and techniques used in the process are already FDA approved for other uses. Now, the challenge for the Stanford team will be to move the clinical trials to larger animals, and, if successful, to humans.

"I'd be disappointed if we couldn't ride this wave to shore," says Dr. Longaker.

And with more than 50 million Americans suffering from arthritic joint pain, it's a ride many other people could eventually appreciate as well.