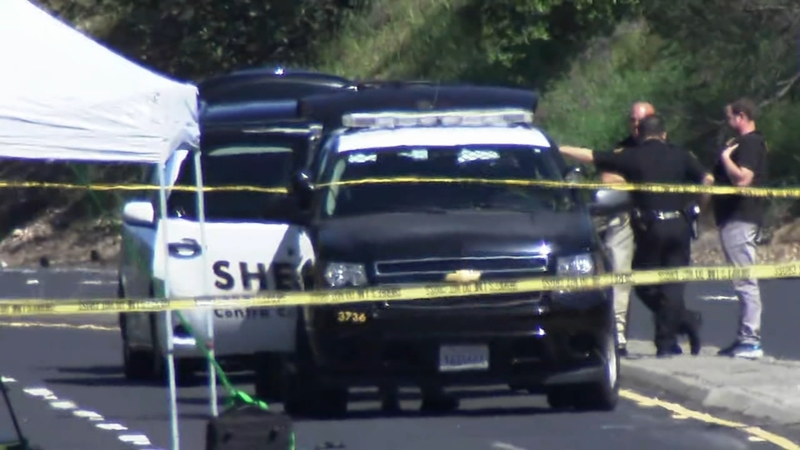 LAFAYETTE, Calif. (KGO) -- Authorities are investigating a fatal shooting that took place on a roadway at the border of Lafayette and Pleasant Hill Wednesday afternoon.

Around 1:06 p.m., Muir Station Deputy Sheriffs responded to a report of a shooting in the unincorporated area of Taylor Road and Gloria Terrace, officials said.

When deputies arrived, bystanders were seen trying to help a person on the ground near a car.

"The victim, who appeared to have been shot, was pronounced deceased at the scene," deputies said.

Still an active scene near the intersection of Withers Ave & Taylor Blvd at the border of Lafayette & Pleasant Hill. There is limited information at this time but there is a body lying under a tarp down the road @abc7newsbayarea pic.twitter.com/G4A9hGZi1b

Contra Costa County Fire Department, however, confirmed to ABC7 that they were out for an EMS response to the area for a gunshot victim before ultimately turning things over to the coroner's office.

The victim's identity is not being released at this time.

Taylor Blvd between Withers Avenue and Grayson Road has since reopened after being shut down in both directions during the investigation.

There is no information on possible suspects at this time.

Police say it is not an active scene, and there is no threat to the public.

The investigation by Sheriff's Office Homicide Detectives and the crime lab is ongoing.