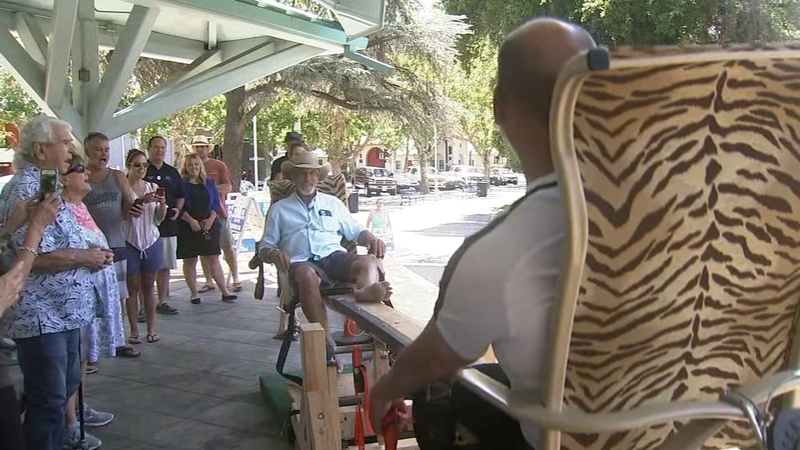 The pair passed 216 consecutive hours at noon on Saturday.

That beats the previous teeter-totter record set in Sacramento back in 1971. One of the challengers, Chuck Walker, set that record himself.

Walker was an 18-year-old just out of high school back then, flipping burgers in Sacramento.

RELATED: Man attempts to break his own seesaw world record in Concord

He's been dreaming about breaking the record ever since. But it hasn't been easy.

"This has been such a struggle," said Walker, the new record holder. "I have a hard time at night. The days are awesome because you're all out cheering us on, supporting us. Awesome, thank you for all that cheering."

Walker closed his own shop for the event, but his friend and roommate, Mike Hartshorn, was still working with his phone and nearby laptop.

They took rare breaks, one at a time, at the portable toilet near the stage. They never stopped moving- not even for sleep, which they take turns doing for just a few hours at a time.

Walker and Hartshorn wanted to distract people and give everyone something to smile about.