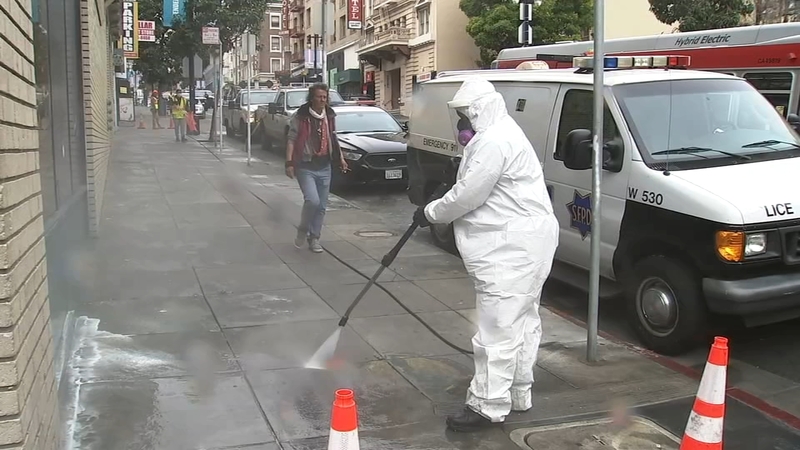 Did emergency declaration improve conditions in the Tenderloin?

SAN FRANCISCO (KGO) -- This coming Thursday, the 90-day experiment in San Francisco's Tenderloin district will be wrapping up. Back in December, Mayor London Breed considered the homeless and drug situation so critical that she imposed a State of Emergency - bringing a massive amount of resources to that neighborhood.

In a matter of minutes, mounds of garbage were picked up by crews, now showing what some may describe as a semblance of civility.

"It's 80 percent cleaner than it was a month ago, almost every block around here you see," said a city employee who was assisting in the clean up efforts.

"This is one of the only neighborhoods that I know that if you step on poop, it's not dog poop. It's not like that anymore," said a neighbor.

The 90-day State of Emergency intended to get the homeless and drug users into services is up for review with the Tenderloin Linkage Center as the hub where connections have been made.

During this State of Emergency the city reports that 345 people have been placed in shelters with another 154 going to permanent supportive housing.

Eleven-thousand grams of fentanyl have been seized and ten percent of drug users who have come to get help have agreed to some kind of treatment or medical care.

The mayor wants police to continue going after the drug dealers.

"Where people are selling drugs and arrest those people," explained Captain Chris Canning of the Tenderloin Police Department.

The city agrees that changing this persistent culture here will take more than 90 days.

"A combination of years of certain kinds of behavior that have become sort of accepted in this community that got entrenched during COVID," said Mary Ellen Carroll, executive director of Department of Emergency Services.

The outreach is constant here, but some refuse to give up living on the streets.

"I'm kinda stuck in my ways and I like to go where I want to go and I like to come back, so that's why I'll always have a problem with it. These streets represent my freedom, without a doubt," said a homeless man known as Brother Patrick.

Before leaving for her trip to Europe, the mayor vowed to keep up the pressure.

"So it's time for it to actually work and for us to see a difference, so accountability is also going to play a role in what we need to do there," said Mayor London Breed.

The Linkage Center will continue to operate through June, but now under the supervision of health officials, not the Department of Emergency Management.