Can US implement a no-fly zone over Ukraine? Here's what SJSU professor says 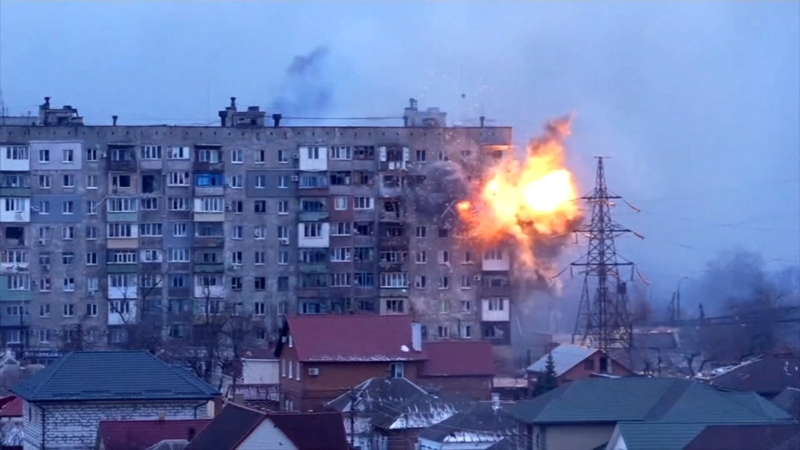 Can US implement a no-fly zone over Ukraine?

SAN FRANCISCO (KGO) -- As the war in Ukraine intensifies, the UN confirmed at least 636 people have been killed and more than 1,100 have been injured.

U.S. congressman Ro Khanna sat down with the Consul General of Ukraine based in San Francisco Monday.

"There are a lot of Ukrainians who are working for Silicon Valley companies distantly in Ukraine. We have a really great number of those," said Dmytro Kushneruk, Consul General of Ukraine.

Ukrainian tech workers living in Silicon Valley are watching the war unfold, and doing their part to help from across the globe.

Consul Kushneruk said he was grateful to see the humanitarian aid Ukraine has received from this region.

"Huge financial efforts happening here. The big tech companies sometimes match what our Ukrainian NGO's are fundraising. So they are making this money amount bigger. We said we have to find the way this help, the humanitarian medical needs to send to Ukraine as fast as possible. Probably something we can work with the congressman here," said Kushneruk.

"For those who want to, Silicon Valley is a place that welcomes them," said Rep. Khanna and added, "I was meeting with a CFO of a tech company that is working on how can we get Ukrainian refugees good jobs. Some who are not even in the United States."

The Consul General of Ukraine is urging the United States to implement a no-fly zone over Ukraine. Citing over 80 children who've been killed since the start of the war.

"A no-fly zone is needed to protect our civilians," said Kushneruk.

"That would put us into conflict with Russia to the point of escalation of WWIII," said Lira and added, "We are already in a new global security environment. If the United States enters in a no-fly zone it would have to be with the express permission of Russia and Ukraine."