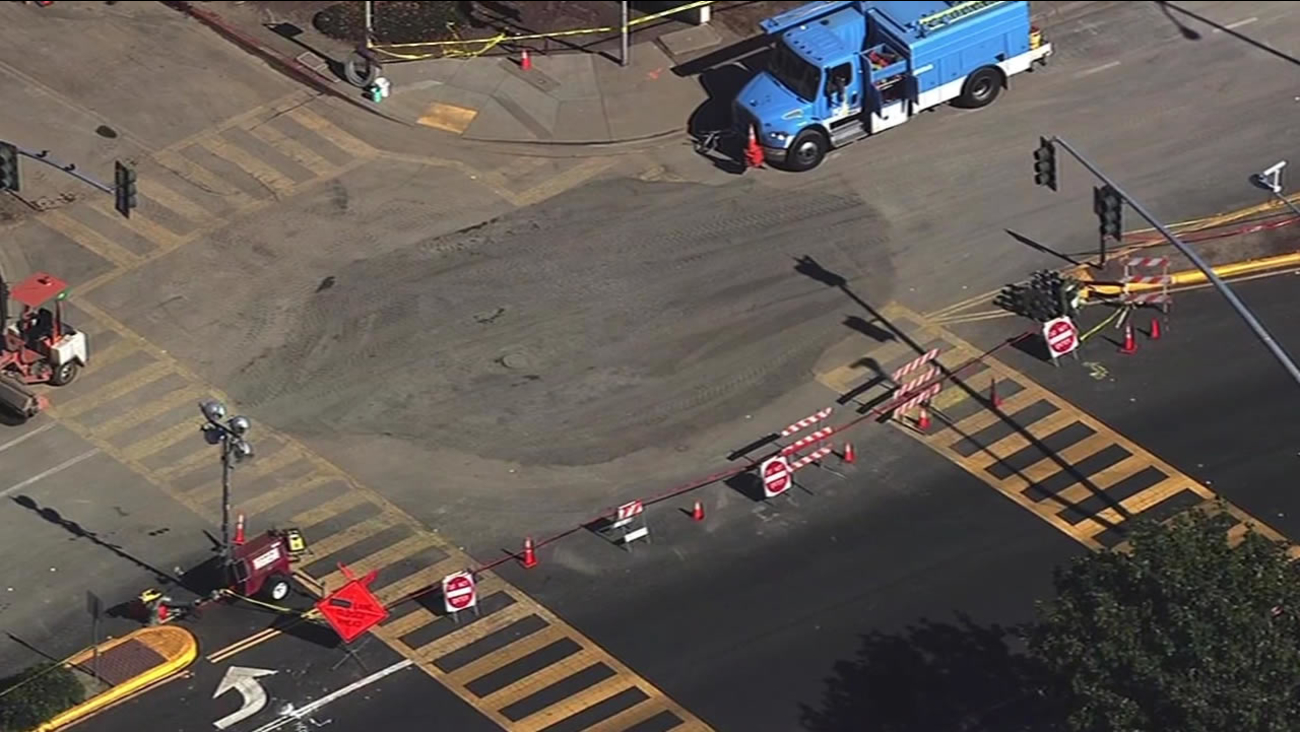 This image from Monday, October 19, 2015 shows crews finishing filling a sinkhole that opened up in Union City, Calif. on Wednesday, October 14, 2015. (KGO-TV)

Work went on day and night after that sinkhole began to open at Alvarado Boulevard and New Haven Street last Wednesday.


Crews also needed to replace utility lines before they filled the hole.

Officials don't know what caused the sinkhole to develop.

#HappeningNow in #UnionCity. Sinkhole grew from 6x6 feet to 25x25 & 10 feet deep. Latest on work & traffic at 11am. pic.twitter.com/npIMLy3BnH