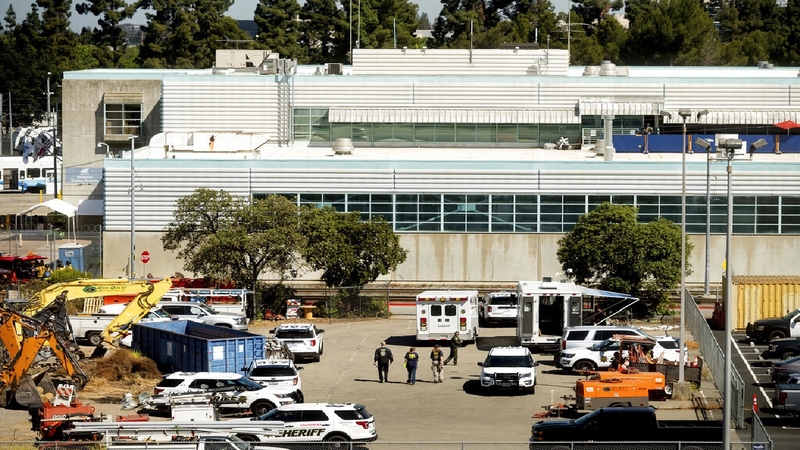 SANTA CLARA COUNTY, Calif. (KGO) -- Santa Clara County marked a grim anniversary on Thursday. It'll be one year since the mass shooting at the VTA rail yard in San Jose.

As we know, the May 2021 incident wasn't the only deadly shooting that has shattered the community in recent years.

"For many people, when they're watching the news, they're thinking, 'Goodness, I hope that never happens in my town.' And the fact of the matter is, this has happened in our community now multiple times," County Supervisor Cindy Chavez told ABC7 News.

Sup. Chavez referenced the two mass shootings in the last three years within the county.

In July 2019, a gunman killed three people and injured more than a dozen others at the Gilroy Garlic Festival. Then exactly one year ago Thursday, nine people were killed by a gunman at the VTA yard in San Jose.

Just this week, the county announced a push to create a dedicated phone line for residents to report hate crimes and incidents.

"We think the warm-line really does allow us to both address the fear that our community may have, but also to early address somebody who could become more dangerous if they're not stopped at an early level," Sup. Chavez shared.

County leaders this week uncovered the cost of gun violence in the community is $72-million a year factoring in police, emergency services, medical, mental health and criminal justice.

That estimate comes from a study the county commissioned after the 2019 shooting in Gilroy.

Gilroy city leaders gathered at the site of the mass shooting to honor the three victims who were fatally shot by a 19-year-old gunman one year ago.

In addition to action by the county, Chavez explained, "We're looking very much at what we can do to further make it more difficult for people to access ghost guns. And once they have those ghost guns, to increase the penalties for having them."

In the days after Tuesday's devastation in Uvalde, Texas, a grim anniversary here at home.

"We've also had the tragedy affect those other 90-plus people who were in the yard that day, and the other 2,000 employees at VTA," Carolyn Gonot, the agency's General Manager said on Tuesday.

Gonot joined ATU Local 265 union leader John Courtney at the San Jose council meeting. The city proclaimed a Day of Remembrance for the victims of the VTA yard shooting.

"I want to thank everybody for having- for supporting all of us throughout this," Courtney said.

That support is also coming in the form of action.

Sup. Chavez detailed the Hate Crimes Task Force has partnered with others, and have come up with more than 30 recommendations to address hate crimes and incidents.

"Some of them are in the process of being implemented. Others are brand new, that we hadn't really thought about, that are being examined for implementation," Chavez told ABC7 News. "There have been a number of small grants that have gone out to start to explore what we can do on the ground."

"We're part of a national community of people who are tired of mourning, and want to do something about it," Sup. Chavez said.