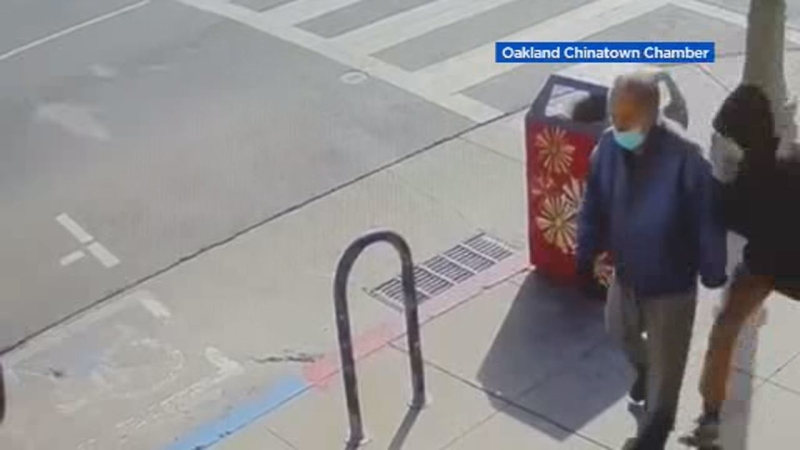 SAN FRANCISCO (KGO) -- White House Press Secretary Jen Psaki took time during her press briefing Monday to address the escalating hate crimes that have been documented in recent days, yet just represent the latest spike in alarming incidents against Asian Americans since the very outset of the COVID-19 pandemic.

"I'm not aware that he's seen the videos," responded Psaki to one reporter during Monday's briefing. "But he is concerned about the discrimination against, the actions against the Asian American community, which is why he signed the executive order and why he's been outspoken in making clear that attacks, verbal attacks, any attacks of any form, are unacceptable." President Biden issued an executive order during his first week in office that acknowledges racism being directed at Asian Americans and Pacific Islanders. It also directed the Department of Health and Human Services to avoid using language that could be offensive to the AAPI community as well.

As Oakland swore in its newest police chief, LeRonne Armstrong, on Monday, the department announced it has arrested a charged a suspect in the now-viral attack against a 91-year-old man that has sparked national outcry. It is believed the suspect also attacked two other victims that same day.

Chief Armstrong is promising that additional resources will be available to Oakland residents in reporting crimes.