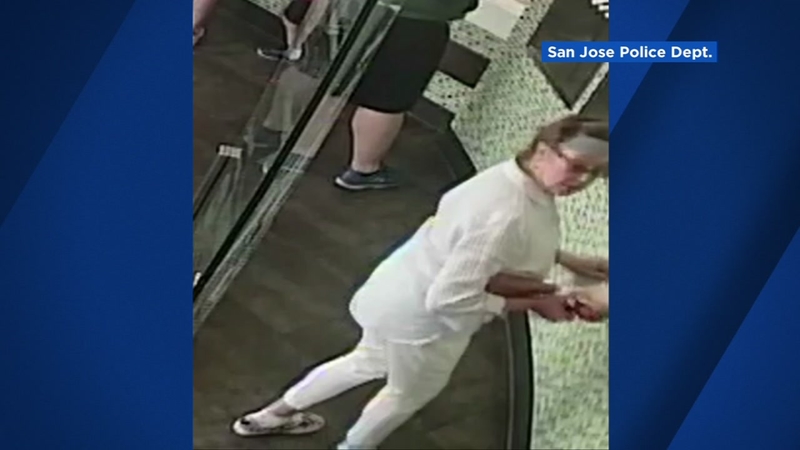 SAN JOSE, Calif. (KGO) -- A South Bay teacher accused of coughing on a one-year-old boy at a San Jose Yogurtland is no longer employed, the school district confirmed on Saturday.

In a statement to ABC7 News, the district writes:

"As many know, there have been allegations that a District employee was involved in a videotaped incident in which the person appeared to have intentionally coughed on a baby at a local Yogurtland. We want to inform our community that the District employee who was alleged to have engaged in this conduct is no longer an employee of our District. The Oak Grove School District's highest priority is the safety of our students and the well-being of all of the children in the community we serve. We do not tolerate conduct from any employee that compromises any child's safety. As we welcome our students back for learning this summer and in the fall in these unprecedented times, the District's commitment to creating and maintaining a safe environment for our students is unwavering."

The alarming encounter was captured on surveillance cameras back on June 19 in a dispute over social distancing.

A mother says her one-year-old son was intentionally coughed on by a "racist" woman at a Yogurtland in San Jose.

Police looked into social media posts claiming the woman who coughed on a 1-year-old boy is a teacher in San Jose's Oak Grove School District.

The boy's mother, Moreya Mora, says police have shown her a photo lineup and she's identified the woman.


District officials previously released a statement, which read in part:

"The incident that occurred at Yogurtland is despicable. There is no place in the Oak Grove School District for any employee who would deliberately cause harm to a child. If the District receives confirmation from SJPD that the individual involved in the Yogurtland incident is our employee, we will take immediate action."
District officials say they've been receiving threats and damages to some of their buildings since news of the incident broke.

VIDEO: Woman who coughed on 1-year-old in San Jose is a teacher
EMBED More News Videos

A San Jose teacher has possibly been identified as the "racist" woman who "purposely" coughed on a 1-year-old boy at a Yogurtland.

On June 24, Superintendent for the Oak Grove School District, Jose Manzo, released this statement: "We are aware of an incident allegedly involving one of our employees who was videotaped coughing on a baby at a local eatery. The employee is currently off of work and not providing any services to our District students." The statement went on to say they are cooperating with police.


As a result, an online petition circulated -- calling for the district to fire her- and remove her teaching license.

So far, the former teacher has not been arrested.