Timeline of events released for shooting at Yountville veterans home

KGO
By by Emily Burns and Wayne Freedman 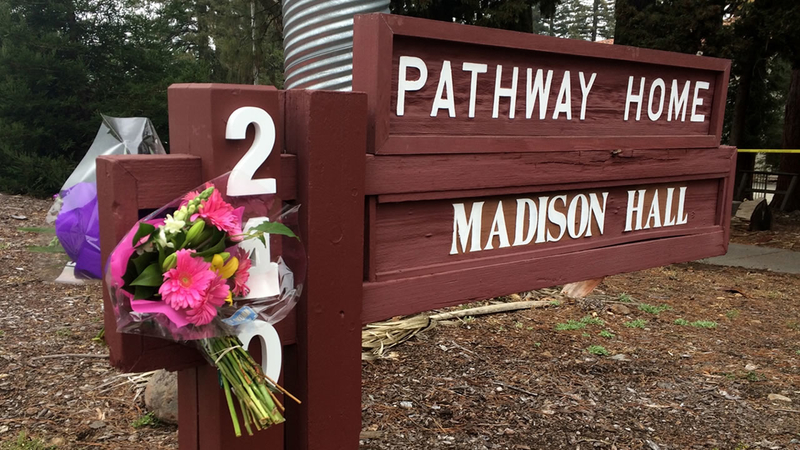 NAPA, Calif. (KGO) -- The California Highway Patrol and the Napa County District Attorney's Office have concluded their investigations into a shooting at a Yountville veterans home in March. Both the CHP's Golden Gate Division and the D.A.'s Office released summaries of their findings Tuesday.

CHP Investigators determined the shooter, Albert Wong, acted alone. He took his own life and killed three women who worked at the center, including one who was seven months pregnant. CHP investigators say Wong was infatuated with one of the women he killed, Pathway Home executive director Christine Loeber. Investigators say Wong also tried to kill Napa County Sheriff's Deputy Steven Lombardi. Lombardi is a 26-year veteran of the Sheriff's Department and served for almost a decade as a gun range instructor.

CHP Investigators say shortly after 10 a.m. on March 9, Wong arrived at Madison Hall, a building on the campus of the Yountville Veterans Home of California. The building was being leased by The Pathway Home, a specialized program that helped veterans cope with PTSD and related conditions. Wong was a former resident of The Pathway Home.

The CHP report says on the day of the shooting, Wong parked his rental car at the loading dock behind the hall, and went inside. They write: "He was carrying a 12-gauge shotgun and a .308 caliber semi-automatic rifle and was wearing safety glasses and ear protection." Investigators say he was also wearing a tactical belt with extra magazines and shotgun shells.

Wong then went into a second-floor room. Employees told ABC7 News a going-away party for some employees was being held inside. Investigators say the party was publicized and pre-planned.

The report says after Wong entered the room, he ordered the veterans in the room to leave. The CHP report says at this time, staff members called 911 to report an active shooter.

The D.A.'s report says Wong then let all but three employees go. The report says by then, Deputy Lombardi had also arrived at the building. It describes what happened next: "Deputy Lombardi reached the 'Group Room' and partially pushed open the closed metal door. From his limited view, he saw the suspect holding a rifle. Deputy Lombardi let go of the door, backed up and took up a position covering the doorway. Deputy Lombardi then heard the rifle held by the gunman being racked and the scream of a woman. Deputy Lombardi feared for the safety of the screaming woman and determined he needed to kill the suspect to save her life, stating 'I didn't want her to die.'"

The D.A.'s report says Deputy Lombardi fired shots through the door to the room where Wong was holding the women hostage. Wong fired back. The report finds Deputy Lombardi's bullets did not hit Wong or his hostages. Lombardi retreated after those initial shots.

Wong then killed the three women he was holding hostage and himself.

It took five and a half hours for more deputies and first responders to enter the building after the shots were fired. CHP investigators say that is because Deputy Lombardi did not see Wong fire the shots that killed the hostages and was not sure Wong was dead.

Why the 5.5 hour delay before going in? CHP says it took that long to confirm suspect Wong dead inside #Yountville Veterans Home Pathway House. Sheriff's deputy did not see suspect take his own life or those of victims. Could not confirm. #abc7now

The three women killed in the shooting were Christine Loeber, the executive director of the Pathway Home program, Clinical Director Dr. Jennifer Golick, and Dr. Jennifer Gonzales Shushereba, who was seven months pregnant.

Speakers at a memorial for the three gave a picture of who they were.

"They were unafraid," said Veterans Home Chaplain Ira Book. "They were proud to serve those who served."

"We all loved Christine, Jennifer, and Jenn. This is their legacy. We keep this going," said Pathway Home Board Member Dorothy Salmon.

Tuesday, investigators also revealed more about what Wong did before the shooting and his background. The D.A.'s report says "upon leaving his residence in Sacramento, he penned a letter of apology to his landlord implying that he would not return."

The report also says Wong was discharged from The Pathway Home program on February 20 "due to his refusals to comply with program policies and treatment plan. Wong had expressed extreme anger and frustration toward the clinical staff due to many prior disagreements and his recent discharge from the program." Investigators say he had previously made death threats to Golick, Gonzales Shushereba, and Loeber.

Department of Defense officials said Wong was a decorated U.S. soldier who served on active duty from May 2010 to August 2013. He spent a year in Afghanistan. Records obtained by ABC7 News said Wong was awarded four medals, including an Afghanistan campaign medal with two campaign stars in the infantry during his years of active service in the U.S. Army. He was also awarded an Expert Marksmanship Badge with Rifle.

In July, a spokesperson for The Pathway Home announced the program would not reopen. He said the shooting took an emotional toll on surviving employees and veterans at the facility. To continue to help veterans, the Pathway Home's Board of Directors planned to assist a similar program in Martinez and create a new downloadable resource guide for organizations looking to launch Pathway Home-inspired programs throughout the country.

To read the full report, visit this page.

Take a look at the latest stories and videos about the deadly shooting at the Veterans Home of California in Yountville here.
Report a correction or typo
Related topics:
yountvillenapanapa countyveteransshootingshooting rampageptsdmental healthyountville veterans home shootingveteran
Copyright © 2021 KGO-TV. All Rights Reserved.
RELATED